Over the course of their nine studio albums, Metallica have performed every one of the songs on them live – with one exception. That came to an end last night in Helsinki, Finland at the Sonisphere Festival, as the band played …And Justice For All‘s “Frayed Ends of Sanity” for the first time live ever. It was bound to happen at some point, as their “Metallica by Request” tour that they’ve been doing has let fans pick the setlist, and it was a matter of time before fans rallied to make them play the song for the first time. With its Wizard of Oz-inspired beginning, the band has teased the song plenty of times, but yesterday was the first time they’ve played it in its entirety. Of course, fan-filmed footage has surfaced, and it’s suggested via a banner that’s visible with the song title that there might have been a movement to get them to play it. Here’s the set list: 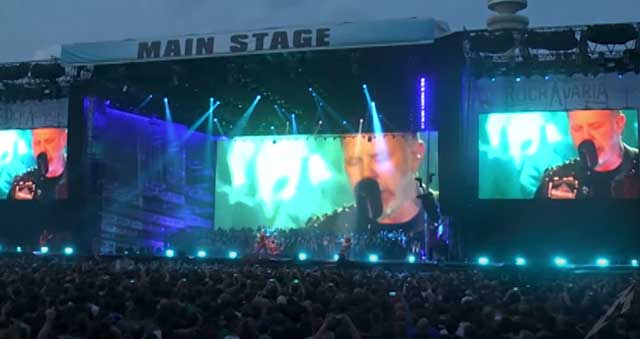