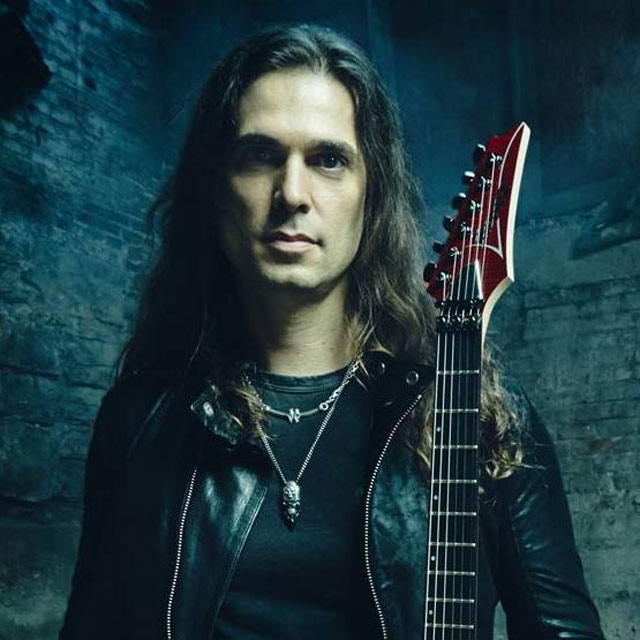 Kiko Loureiro, guitarist for Megadeth, has announced a release date for his upcoming solo album. Open Source is set to hit shelves on July 10.

The announcement was made Monday (22) during a short video update in which Loureiro also showed people how to play “the hardest phrase” of the album’s lead single, “EDM (e-Dependent Mind).”

During the video, he also lets fans know that once the album is out, he will “release all the stems and backing tracks for free” for open collaboration. In addition, he slips in that a second single from the album will be released later this week.

Open Source is Loureiro’s fifth solo album and his first in eight years. It is the follow-up to 2012’s Sounds of Innocence. “By definition, ‘open source’ is related to softwares which the original source code is made freely available and may be redistributed and modified,” said Loureiro upon announcing the album earlier this month. “It brings us a higher sense of community, enhances our creativity and creates new possibilities. So why not take this concept to our art, our music? How much richer a song could be if others had access to its source code? What if the song’s original composition wasn’t the final product? What if it was just the beginning? Something that could be constantly updated and evolve over time. And as well as a machine, we as humans are also minded to enhancements, being an open source ourselves, constantly moving and growing, through technology, science, spirituality… and art.”

“My compositions and recordings are not the final objective of the album, but rather the start,” he continued. “I want you to have access to the way I created the album concept, to the songs and to how I played them. In addition, I will make the stems available for download. So you can remix, recreate and make new versions of it. And I can’t wait to see what you’re gonna create from that. I can expect different approaches and better versions than mine.”

Loureiro announced on June 6 that he would be releasing a new album called Open Source. The cover art for the album was revealed on June 10 with the official video for “EDM (e-Dependent Mind)” being released this past Friday (19). Aside from Loureiro, who plays guitar and keyboards on the track, he is joined by his former Angra bandmates, bassist Felipe Andreoli and drummer Bruno Valverde.

In an effort to make the project even more collaborative, Loureiro created a crowdfunding campaign with special perks for the album’s backers. “When you participate in this limited-time exclusive crowdfund, you officially become a partner of mine. And you’re helping to launch this album worldwide. And if you’re not the composer kind, don’t worry, the backing tracks will also be available. So weather you play an instrument or are a music producer, you can put your own spin on it.” Perks include signed albums, t-shirt bundles, Skype calls with Loureiro, private guitar lessons, opportunities to collaborate, guitars and more. The campaign has already amassed $65,449, exceeding its original $20,000 goal.

Loureiro and the rest of Megadeth are currently working on a new album. Bassist Dave Ellefson revealed earlier this month that the band has finally been able to work in the studio together and begin recording. It will be the band’s first since 2016’s Dystopia.

Megadeth recently had to postpone their summer North American tour with Lamb of God, Trivium and In Flames, dubbed “The Metal Tour of the Year,” due to the COVID-19 pandemic. All four bands recently took part in a live stream event featuring previously recorded sets to hold fans over until they can reschedule those dates.