The world might be getting a new Lita Ford album very soon. In an interview with ‘The Metal Voice’ before her Hall of Heavy Metal History induction, the rock icon said she was “putting the finishing touches” on a concept album.

“It’s got a cool feel,” said Ford of the album, which she also calls “dark and riffy.”

“It’s all done and written and exciting. It’ll be out really soon — really soon. We just have to put pen to paper to a new record deal, and then we can tell [everybody more about it].”

Ford continued to hint at a riffy last year as she spoke to KBACK Radio last June, stating:

“The next album that we’re doing is something that I’ve had in the can for quite a while and it’s resurfaced in my life and I’m carrying on with it and I’m making it come to life, and it’s really awesome. I don’t wanna give it away yet, but I think people are going to be happy with it. It’s very riffy, very memorable choruses — stuff that sticks in your head with the riffs and the choruses, the melodies. A real cocky attitude. I love it. I’m very happy with it.”

Though she remains mum about much of the release, Ford did mention one song that will be on the album. During the ‘Metal Voice’ interview, she mentions a new song called “Monsters,” which she said was inspired by cult leaders like Charles Manson and David Koresh:

The new album will be Ford’s first in nearly seven years. Her last studio album, Living Like A Runaway, came out in 2012. In 2016, she released an album of rarities titled Time Capsule. 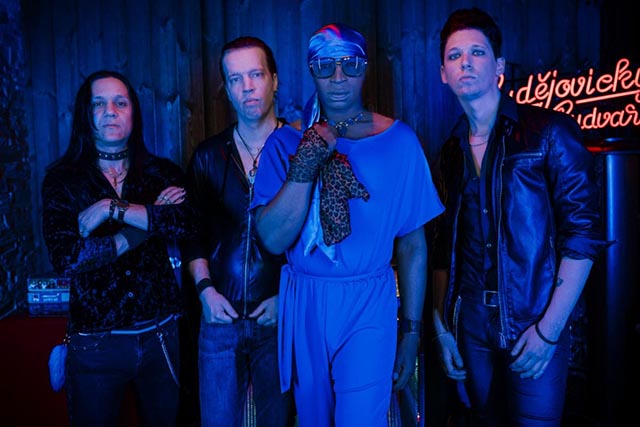