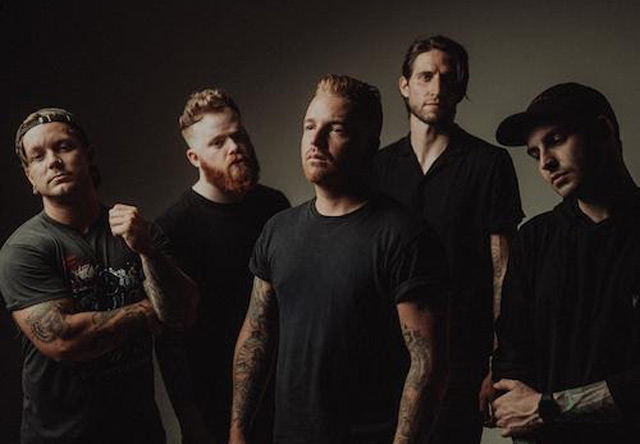 Explained singer Austin McAuley about the track to Brooklyn Vegan:

“‘Empty Vessel’ was inspired by my own struggles of balancing my personal life while also pursuing the perpetual dream of ‘success’ as an artist. The song immerses the listener in themes of self-sacrifice, vulnerability and the constant desire to have one’s voice heard. The chorus beckons, ‘How long is the breath that I have to hold before I’m worth my weight in gold?’ This statement reflects the trials and tribulations of those who will do anything to make their dreams come true…but as the lyrics tell, ‘How does it feel? Only the lonely know.’”

The video, which features the band performing the song’s growling vocals, heavy guitar melody, chunky bassline and hard-hitting drum rhythm in a dark room, was directed and edited by new bassist Chris Klumpp and Christian Lawrence.

“Empty Vessel” is the first track to feature Klumpp and drummer Joey DiBiase, who replaced Josh Kowalski and Daniel Nelson, respectively, earlier this year. It’s also the third single to feature McAuley, who replaced Chris Costanza after his departure in late 2018. He made his recording debut with the stand-alone singles “Abandoned” in March 2019 and “Stare” in November 2019.