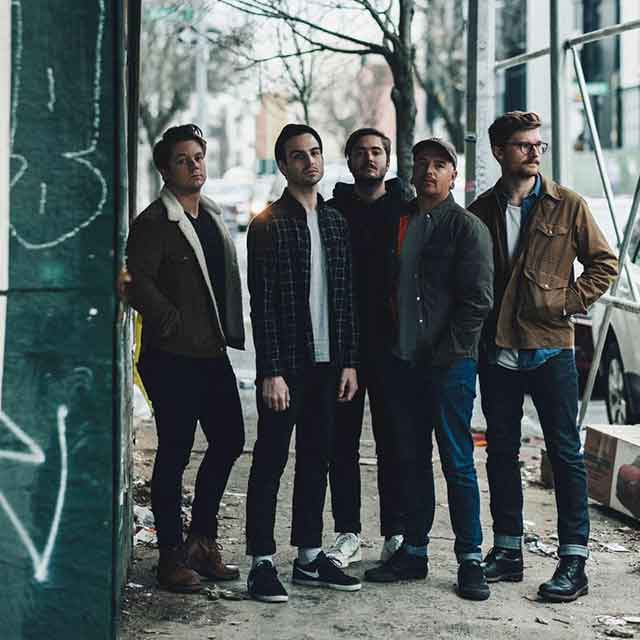 Limbs, the Tampa Bay post-hardcore outfit has had quite the journey since their formation in 2013. The band has experienced a massive lineup change as well as being forced to rebrand by changing their name. Since then, the group released their debut full-length album last year with Father’s Son via UNFD, have been aggressively touring, and recently unveiled their new single “Abandoned.” We spoke to guitarist Jordan Hunter to discuss the band’s overall sound, recruiting Austin McAuley as the band’s new vocalist, and more.

I wanted to start from the beginning. What happened that made you guys completely reform with a new name and lineup?

Well, back in 2015 when we were operating under a different moniker, we did find ourselves in a situation where we got hit with some cease and desist like copyright infringement stuff based on the name that we were using at the time. Unbeknownst to us, it was another project that hadn’t really released any music in quite some time that none of us were even aware of but at the same time, I guess they still had legality for the trademarking rights.

And when all things came down and we were left in a situation where we needed to rebrand, we took some time just to make sure that it was done correctly, and that’s ultimately what led to the rebranding back in 2015.

What pushed you guys to move ahead instead of giving up due to the frustrating experience?

Oh, man, you can’t give up in this industry. If every time something got frustrating doing this, people just gave up, I mean, you would never get anywhere, you know? It’s one of those things where if you’re passionate enough about it, you can’t let little things like that stop you, and honestly, I feel like after the rebranding and stuff back in 2015, we came back stronger than ever, and no regrets really in the matter.

Did the changes affect your overall creative direction?

Yeah. I feel like to an extent that there was probably a creative change, like a shift in the creative change with Chris’ (Costanza) departure, because Chris was just a pivotal role of the band’s formation and he had a lot to do with everything involved with the band for quite some time.

When Chris left and we decided to continue forward, we definitely experienced some changes in how we were writing songs. We definitely became more of a collective based songwriting as opposed to having one person write everything primarily. And I would say, aside from normal vocal differences between our new singer, Austin, and our previous singer, Chris, I also feel like it is pretty evident … I don’t even necessarily wanna say a maturity, but definitely a step in the direction that we’re now headed towards with our writing styles. 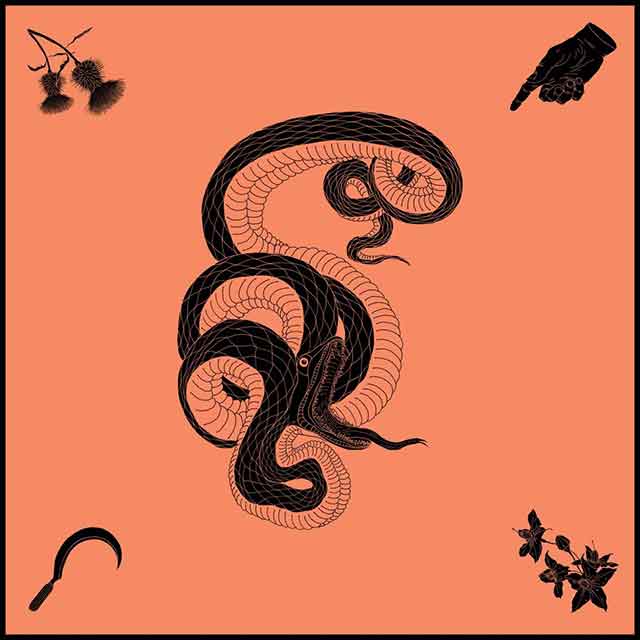 And for those who are unfamiliar, how would you describe your sound?

We definitely are trying to keep like a post-hardcore influence. We definitely take influence from bands like Underoath, Every Time I Die, He is Legend, Norma Jean, a lot of the big heavy-hitters from the early 2000s and things that we all personally grew up listening to and are like very influenced by.

I would definitely say that while we have a thrashy somewhat chaotic sound at times, we try to pay homage to our roots, the music that we grew up listening to and in an attempt to kinda keep that post-hardcore genre thriving and moving forward.

When I was listening to you guys earlier, I did hear a mix of early 2000s but for some reason, band such as At The Drive-In and early Cave In entered my mind.

That’s awesome. We also grew up listening to At the Drive-In, definitely a big band, at least for me growing up. But yeah, that’s interesting. I wouldn’t have necessarily thought off the top of my head, but from the other side of things, it’s also very interesting to hear other people’s takes on it and hear the influences that they draw from the music that we’re writing as well.

How has the crowd been reacting to your set?

Austin: So far it’s been pretty amazing the response that we’ve been getting. We’ve only been out for about a week now with the guys in Dayseeker, Like Moths to Flames, and The Plot in You. But every night has had an extremely receptive crowd. Everybody’s into it.

Austin: Yeah, we’ve had a new song out for five days now and we were just in Toronto, and we already have people singing the new material and it’s awesome. It’s been a very responsive crowd for sure. Definitely a positive upswing.

What do you guys have plans for after the tour?

We’ve got more tours that we can’t really announce yet, but as soon as we get back home, we’re gonna be jumping right back into the studio. We’re gonna be knocking out some more new tracks. We’ve got a bunch of new material on the way. We’ve got new material still that’s even recorded, that we haven’t released yet, more on that at a later point also.

But the main priority at least for the next month or so while we’re back home is definitely to get back into the studio and knock out some more music.

Do you guys to plan on releasing something this year or?

It’s possible. We’ll definitely be releasing some more new music this year, 100%. As to what capacity that is yet, it’s still kinda up in the air.

What music have you guys been listening while on the road?

The Midnight, 100%. We are huge fans of The Midnight. We jam a lot of the Night Riots. We jam … Austin, what have you been listening to?

Is there anything else you want say or add to your fans or anything you want people to know about?

We just wanna thank people for really sticking by us through this transition. It’s always kind of nerve-wracking when you are in the process of having one singer exit, and having a new singer come into the picture and all we can really say is, or just express is our gratitude towards everybody’s very welcoming vibe.

Everybody has been very receptive to the new music. We’ve gotten a lot of positive feedback. We’ve had a lot of people coming up to us at shows, expressing their interest in this new music and they’re very excited to hear what Austin has coming forward with the new material because a lot of people do feel like it’s really opening us up to be able to do a lot more in that regard.

We’re excited about that. We are ready to just get back in the studio and knock out some more music.