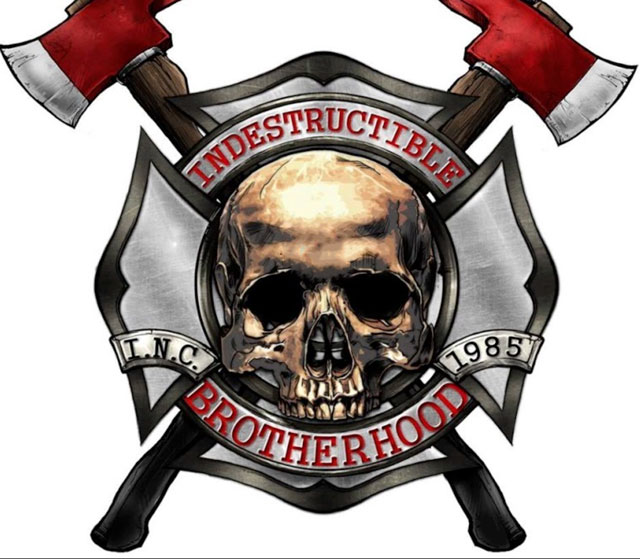 Connecticut thrashers, Indestructible Noise Command have been quite busy this year with the release of their new album Terrible Things, which included the inventive animation video for “Identifier.” However, this hasn’t stopped the group from releasing new tunes as today (13th), the group has teamed up with us here at Metal Insider to premiere their brand new single “Beneath the Smoke.” The song was created to honor fallen firefighters as the band have also launched a fundraiser to remember the Fallen Everyday hero.

The band are heavily connected with firefighters as Lieutenant Dennis Gergely (vocals) and Battalion Chief Anthony Fabrizi (guitar) are firefighters and Kyle Shepard (drummer) is the son of one. Fabrizi and Gergely wrote the lyrics to “Beneath the Smoke,” which is inspired by the loss of two brother firefighters: Lieutenant Steven Velasquez and firefighter Michel Balk who made the ultimate sacrifice while battling a structure fire. Both of these men were co-workers of Gergely.

The song was originally written five-years-ago during the Black Hearse Serenade recording sessions. However, the group decided to hold off a bit before officially releasing it.

You can either make a donation via Remember the Fallen Everyday hero or buy the single via Amazon or iTunes as 100% of the profits will go to charity.

Indestructible Noise Command will be performing at this year’s Terror Assault Open Air festival with Soulfly, Vio-lence, and Kataklysm, which will be held at the Cave In Rock, IL’s Hogrock Campground on September 4th through 7th.