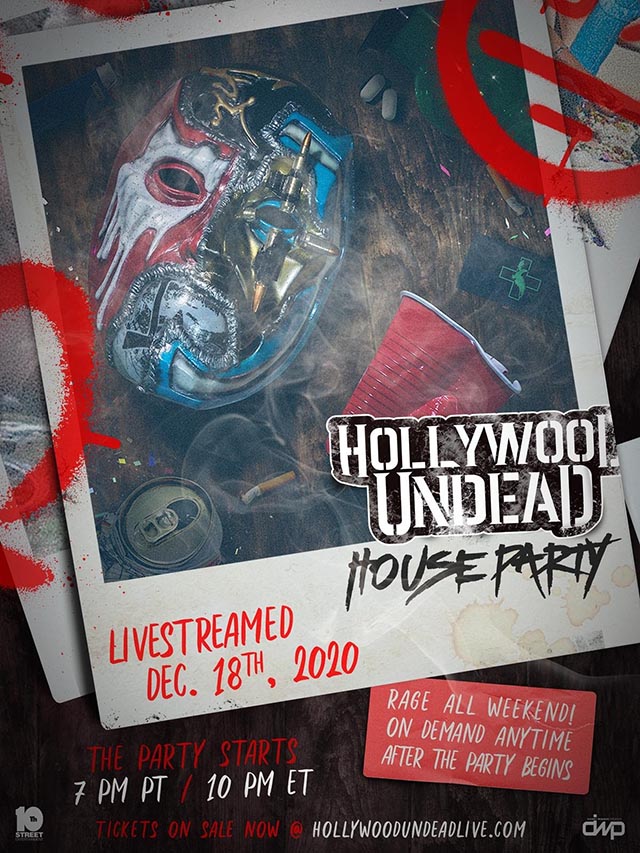 Hollywood Undead have announced a Livestream event for December 18th. Dubbed Hollywood Undead House Party, the virtual global concert will feature classic Undead songs along with never-before-seen tracks from their forthcoming album, New Empire Vol.2, out December 4th via BMG/ Dove & Grenade. There will possibly be additional surprises, including some party-crashing guests. The event is produced in partnership with Danny Wimmer Presents and is currently on sale at this location. There are different packages available, ranging from standard tickets to merch, party packs, and a limited amount of virtual meet & greet packages.

“While we can’t get everyone together in a venue to party, we wanted to do the next best thing and host a night they’ll never forget – but won’t remember the next day.” 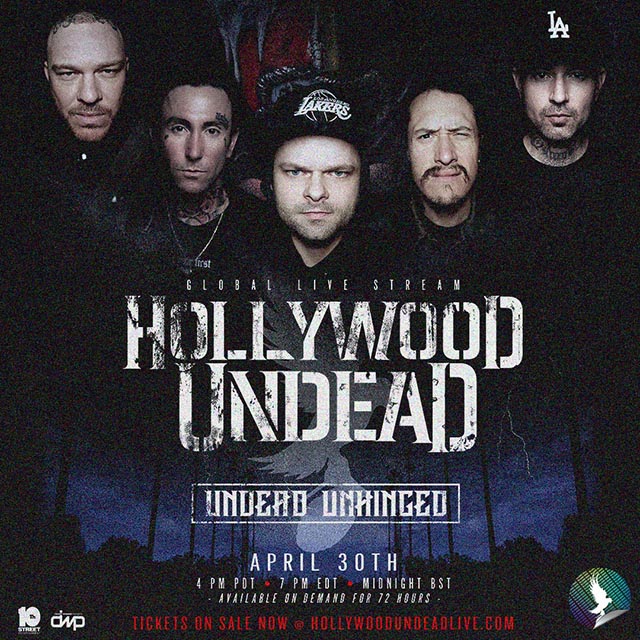