A bunch of metalheads fully clothed in a pool watching Herman Li of Dragonforce play the band’s signature solo underwater sounds like an extremely weird dream. For the attendees of this year’s Full Metal Cruise, however, it became a reality this past week.

During one of the band’s performances on the ship, Dragonforce decided to take their stage show to the next level and make an already personal performance even more intimate for their last song, “Through  the Fire and the Flames.” Duct taping his guitar to ensure the safety of both himself and the instrument, guitarist Herman Li took a dive from the poolside stage Dragonforce was performing on into the water. He started out by riding on the shoulders of a wading fan and then was dropped off onto the ledge of the pool where he sat with fans at his feet for a while before standing up and continuing the song. Li goes on to jump into the pool yet again and dunked his body underwater, holding his guitar above his head and finishing the solo out. For his big finale, Li climbed out and took one last plunge into the pool, guitar and all, coinciding with the song’s end.

While this was going on, some of the other band members had climbed to the top of some extremely high lighting towers and were playing from there. Elated fans had no idea where to look – as the band was now underwater, on the surface and in the air.

DragonForce posted a video of the entire spectacle on their YouTube account, including an excited Herman Li showing how dry his equipment stayed throughout the whole thing. Full Metal Cruise shared an up close and personal clip that goes as far as to follow Li underwater. Both are definitely worth checking out and can be seen below: 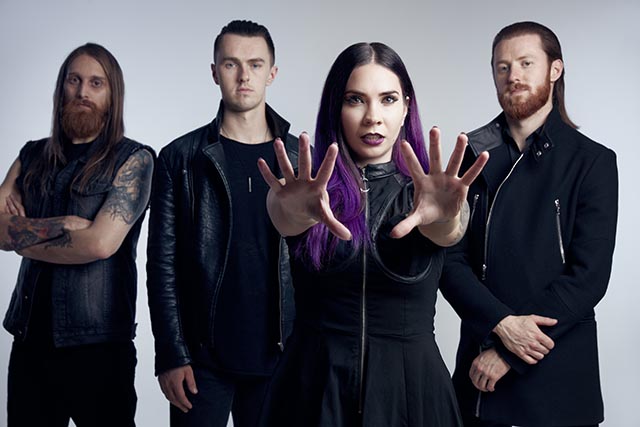