North Carolina rockers He Is Legend released the new song “Sand” from their new album few out April 28 via Spinefarm Records. 2014’s Heavy Fruit seems like a lifetime ago since they created an Indiegogo campaign in order to afford to make few.

Check out “Sand” below:

Clrvynt had an extensive interview with vocalist Schuylar Croom discussing his childhood, his viewpoints on religion, the making of few, and more. Croom was asked if he pushed himself vocally on the album and replied:

“I have a hard time knowing what the music sounds like after my vocals are on it. I’m very critical about what it sounds like after I’m done. I’m basically looking for approval from everyone in the band that I didn’t fuck it up. This time in the studio was taxing for sure, but I never felt like I was pushing myself to do one thing or another; it was just following what I heard in my head. I don’t think it was ever a matter of me pushing or going too hard. I didn’t have the input I maybe needed, so it was like, ‘Okay, whatever you do is what it is.’ There’s a thousand different ways – each song can go in any direction, so I’d often take the first idea and kind of trash it, work on my second idea, and I’ve kind of always done that. Whatever vocal idea would pop in my head, I’d work as far away from that as possible. But yeah, there’s certain things – a song like “Air Raid,” that chorus has to be, like, Metallica-heavy. It’s the only thing that’s called for. I think I got a little frustrated doing vocals at times, but it was never ‘this has to be one way or another way.’ I think it was just what I heard my first couple of listens to the track, and then taking the track to the cabin that night, reworking it, drinking wine, reflecting with the song. But yeah, it was very daunting.”

The singer spoke about being out on tour with bands like Drop Dead, Gorgeous that he felt they didn’t fit with:

“That was the reason why we had the hiatus. We weren’t getting our point across. Yeah, when we’re playing with one of those bands, those shows were fun, but it wasn’t where we should have been. We should’ve been opening for Deftones or something like that. I feel like we sit better in that genre more than what those other bands were. We just realized halfway through our tour that things weren’t going to change unless we did something kind of drastic and put our foot down. We burned a lot of bridges from doing that, but it was kind of necessary, I think. The people that are still upset from that, there was no way out – like, ‘OK, you’re going to play with this breakdown band,’ and it was tough to not get lost in that shuffle. Then when your fans are like, ‘Why are you on this tour with that band?’ it’s like, ‘Well, let me explain how the music industry works.’ You can’t do that. But yeah, up until that hiatus, that was our thought process, too: We were being put into the wrong places.”

While opening up about the previous negativity, Croom continued with an optimistic viewpoint for the upcoming release few:

“I think things have changed now. We’ve found our wheelhouse, especially with this record. We’re seeing a lot of cool, positive things happening, which is what we need, and seeing things lining up, waiting for the last shoe to drop. Us sitting there like, ‘This is going to be awesome; this will actually be a cool album cycle and things will happen’ – you feel that energy before it starts happening, which is the most important thing. Especially for bands like us who rely on our fans to keep us moving. I’m really stoked for the future. We’re in a better spot than we’ve been in ages, and we only have the fans to thank for that. Especially with the crowd-funding thing – they let us know they wanted us to continue, so we have to keep going for that.”

Earlier this month (3), Spinefarm Records announced He Is Legend joining the label’s roster. The band will embark a North American Tour this spring supporting Norma Jean along with a few headline dates of their own as well.

You can check out the full interview on clrvynt here.

HE IS LEGEND HEADLINE DATES:

HE IS LEGEND HEADLINE DATES: 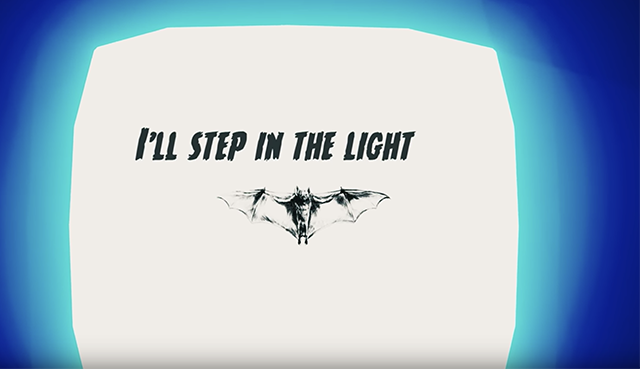