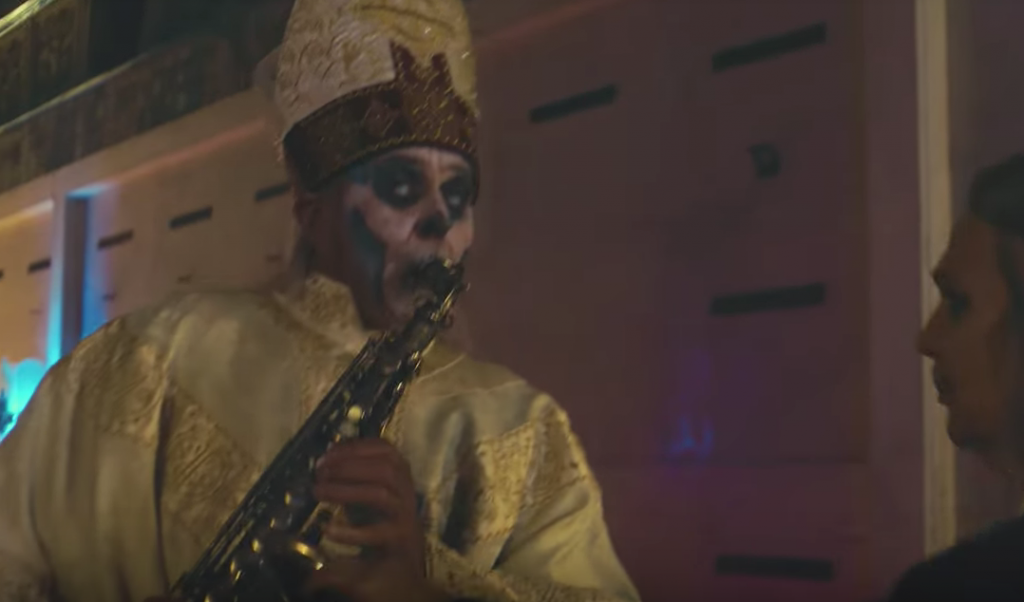 Today is one of the most holy days of the year, so it would make perfect sense that Ghost would start to use a holiday of resurrection to start setting up their fourth album. In a video that was released yesterday called “New Blood,” an aging Papa Emeritus meets up with a female clergy menu. After being congratulated on the Grammy win, using an oxygen mask and almost playing a saxophone, Papa is told that all he’s done is not enough and they need some new blood. There’s a flashback to Papa in his prime, and then whoever the new Papa is appears behind a red door.

This is all very much suggestive of the fact that  a new incarnation of Tobias Forge will be unveiled very shortly, along with a new album. Before that, on Good Friday, a short video of an easter egg hunt taking place at a graveyard was posted. What’s it all mean? We’ll find out soon enough.