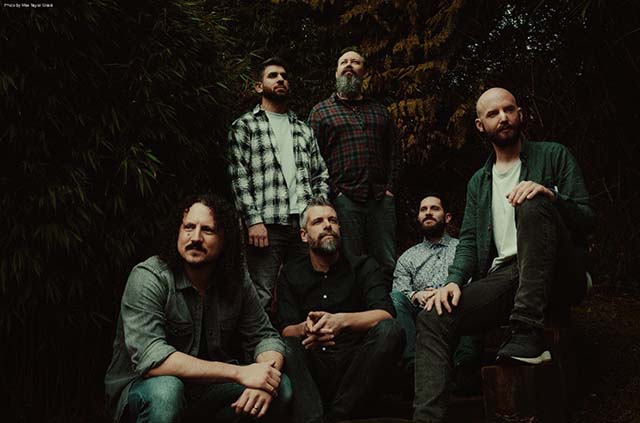 Haken have released a video for their new song, “Taurus.” The track is the third single taken from the progressive outfit’s upcoming effort, Fauna, out March 3rd via Inside Out Music.

“With such a diverse and eclectic array of material on ‘Fauna’, it was important for us to include a piece of music that represented the metallic edge of our sound which was exploited predominantly on ‘Vector’ & ‘Virus’, with our focus being on hard hitting riffs in odd time signatures.The song’s lyrics were written roughly at the same time we all started hearing about the devastation and crisis happening in Ukraine. I was already writing the piece based on the annual migration of the wildebeests with strong references to people travelling in herds and strength in numbers. Suddenly I realised I had an anchor for what the song could be about and knowing this gives it all the more emotional weight; We’re all on some sort of journey towards salvation or enlightenment. Sometimes out of choice or not, we need to leave the past behind us and make new beginnings. We only have each other, and belief and hope are our strongest allies.”