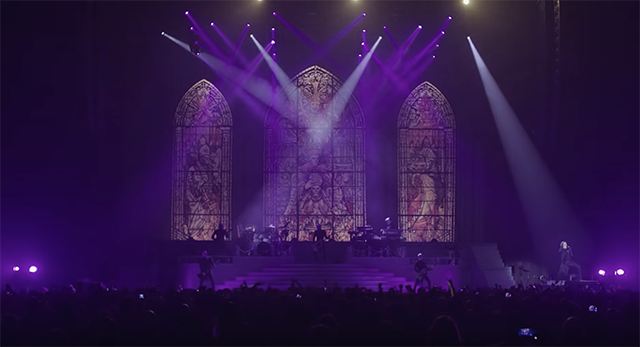 Ghost just wrapped up their major arena North American A Pale Tour Named Death run. To celebrate the success of the trek, the group has unveiled a recap video from their entire run. The Bill Yukich directed clip shows footage throughout different stops of the tour including the Los Angeles Forum.

“We wish to inform you that the spirit of A Pale Tour Named Death will live on forever, even if the rituals have come to an end. Thank you for your undying support.

Rituals continue in Europe in February and Australia in March. Until then! “