Fever 333 have released a visualizer for their new song “Bite Back.” The track is the first single taken from their upcoming EP, Wrong Generation, which is scheduled to arrive this Friday (23rd) via Roadrunner Records / 333 Wreckords Crew. Frontman Jason Aalon Butler wrote the forthcoming EP after spending thirteen days on the streets joining the protests in Los Angeles following the murder of George Floyd.

Butler comments on the new song:

“Everything in this song was what I’d seen during those 13 days and what I felt needed to happen. I saw buildings burn. I saw fights. I saw white allies stepping in front of the National Guard, because they knew they had a power those black bodies behind them did not. What did you expect? When you put any creature in a corner for so long and show them how quickly life can be taken from them, I don’t know what other option there is but fighting back.”

To celebrate the upcoming EP, the group will embark on their first-ever global livestream tour, which kicks off on October 23rd and will run through Oct 30th. 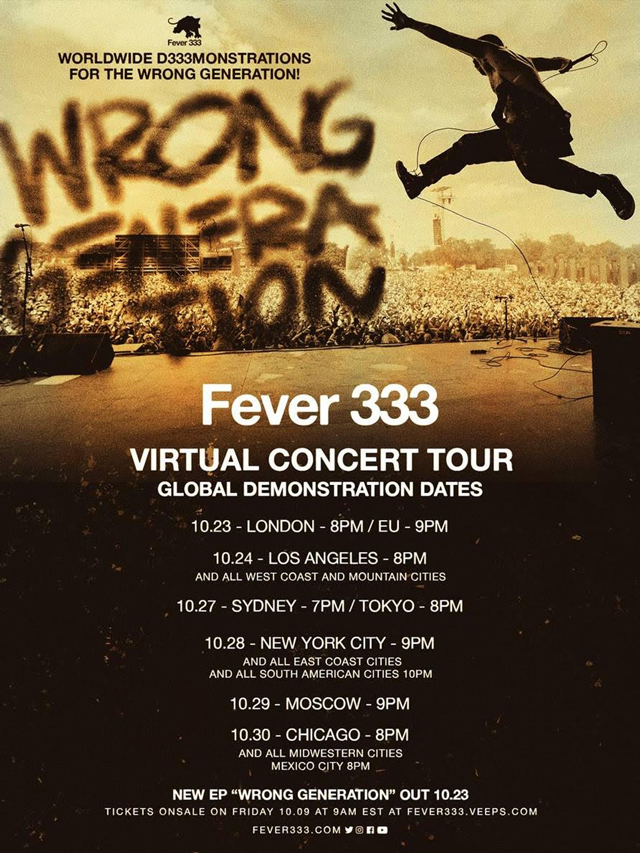 Listen to “Bite Back” below and pre-order the EP here: