Exhorder have announced their first album in 27 years, Mourn the Southern Skies, will finally arrive on September 20th via Nuclear Blast. We knew these NOLA thrashers were working on the follow-up to 1992’s The Law as they hinted on this since Decibel’s Metal & Beer fest. Mourn the Southern Skies was recorded by Duane Simoneaux at OCD Recording and Production as the group worked with producer Jens Bogren (Amon Amarth, Opeth, Sepultura) at Fascination Street Studios in Sweden for the mixing/mastering. To celebrate their overall return, the band has unleashed a music video for the brand new song “My Time.”

“You can plot and scheme for years, even decades (as is in our case). You can work hard, keep grinding, bang the square peg in the round hole until it looks somewhat presentable. But sometimes you just need to let time tell you, it’s time. Exhorder has its own soul. And it pokes me in the ribs ever so often as if to remind me, ‘Hey asshole, we ain’t done yet!’ Kyle and myself had a dream as teenagers. And as cliche as it may seem, we never woke up from it. Exhorder has always crept in and out of our lives. So no magic bullet or formula here. It was only a simple matter of time before the right guys, the right songs, the right manager/label would finally come to the party. It’s been damn near 35 years since we first uttered the name, Exhorder. 27 years since our last record, and a whole lot of breaking up and making up in between. So why is this time different? Why start again at 50 years of age instead of retiring?  Simple… because it’s finally, TIME!”

Check out the clip for “My Time” below and pre-order the album here: 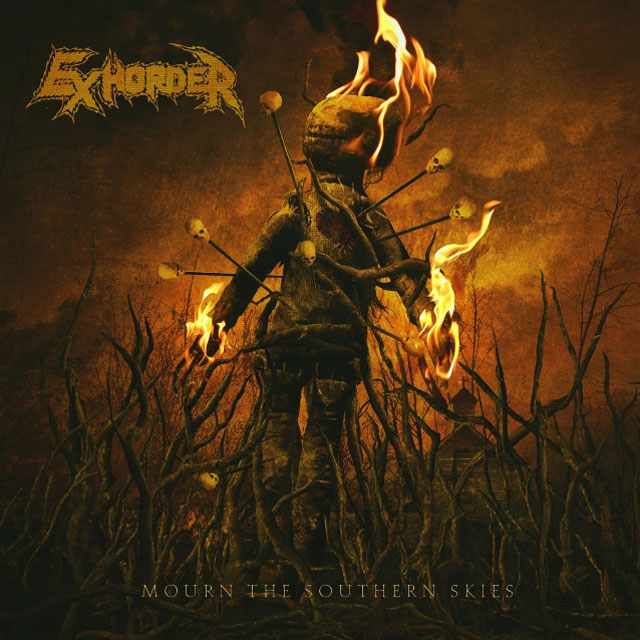 Exhorder will be joining Kataklysm, Krisiun and Hatchet this September for a U.S tour, check out the tour dates at this location.