Last week, we were excited to hear about Deadland Ritual, the new project featuring Black Sabbath bassist Geezer Butler, ex-Guns N’ Roses/Velvet Revolver drummer Matt Sorum, Billy Idol guitarist Steve Stevens, and Apocalyptica/ex-Scars on Broadway vocalist Franky Perez. While we only saw a brief introduction, today (10th), the group has unveiled the music video for the song “Down in Flames.” The band teamed up with Ultimate Classic Rock to premiere the track, which was produced by Greg Fidelman (Metallica/Slipknot).

Sorum came up with the name as he wanted to reflect the idea of a “ritualistic dead space.” He explained:

“Steve and Franky were the first guys I called. We knew we wanted to create a heavier rock sound, but when I contacted Geezer and he agreed to play, I knew this could be a great band.” 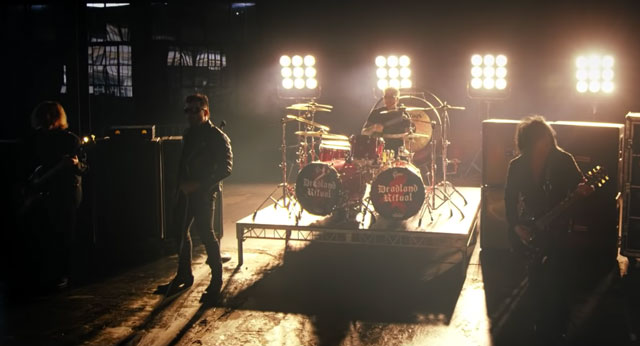