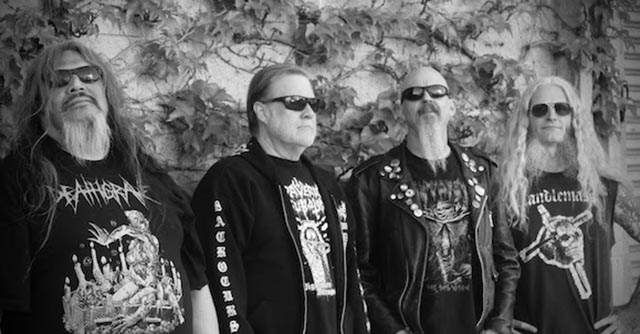 “The moment has finally arrived for a new full length Autopsy album to slither out into the public and people will have to deal with it. Buckle up, it’s a raw, rough and ugly ride!”

“Working with Greg on the Autopsy record was totally different than the Static Abyss one, mostly since Autopsy is a complete band with their own pre-established ways of doing things – we just abducted him into the band and had him roll with our ways, which he took to like a fish to gasoline so much so that he contributed a song musically which fit in perfectly with the rest of the sickening anthems on the album.”

“Wes delivered another stunner. What a maniac!” he explains “We didn’t give him much to work with as usual. I think, maybe, just a couple of song titles and themes maybe and his imagination did most of the work. The album title came along after the fact. After having our minds blown by Wes’ art we arrived at “Morbidity Triumphant” which seemed to fit the theme of the painting as well as the way we feel about the state of the band in general. We’ve been working hard at our sick craft with zero compromise and it seems we’re still hitting our stride somehow.”

09) Maggots In The Mirror

11) Your Eyes Will Turn To Dust

Watch the album trailer below: 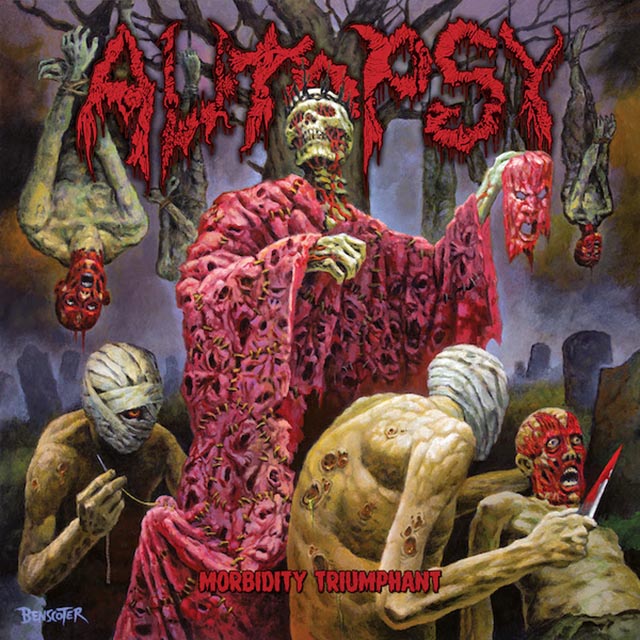