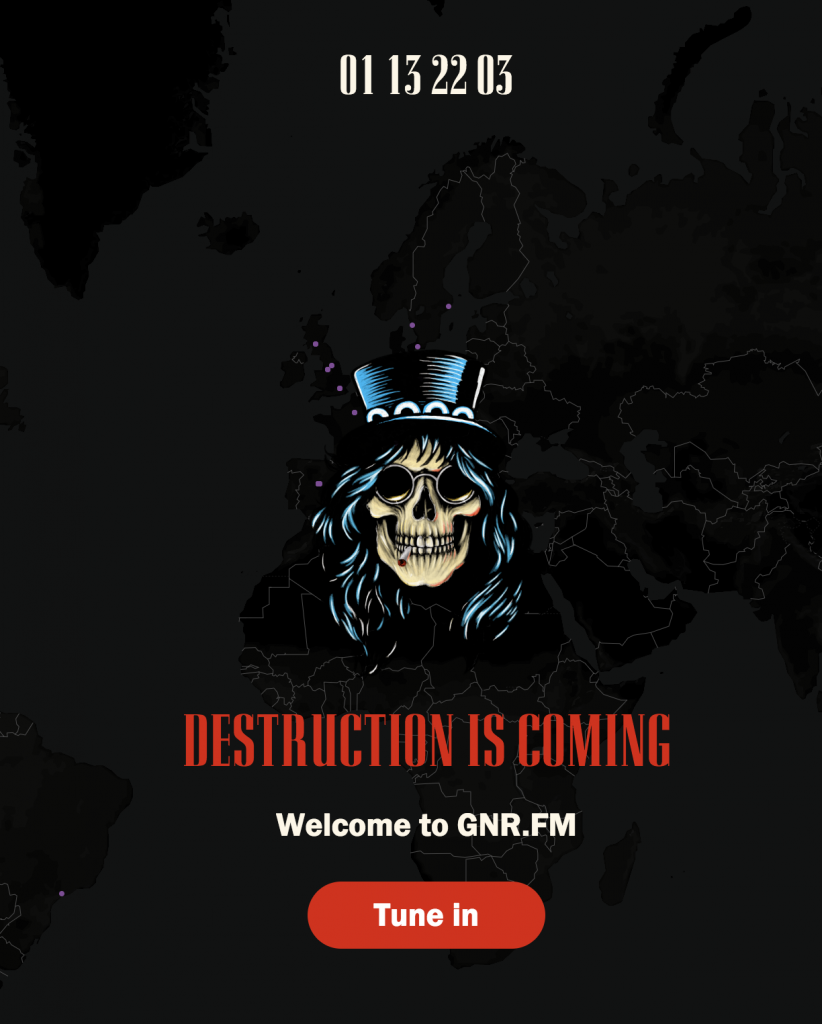 There have been a few clues about movement in the Guns N’ Roses camp this week. First a billboard was spotted in London, then their website displayed a graphic reading “Destruction is Coming.”  However, there’s been a new development on this matter as the group have now started a countdown clock.

Based on this countdown, it looks like this mystery will finally be revealed at some point tomorrow. All we know is it clearly involves Appetite For Destruction. A reissue of the album, perhaps? A tour where the band will play the album in it’s entirety? Maybe. A full-on reunion with the classic Appetite lineup? Here’s hoping! We’ll find out soon enough.