Volbeat and HIM have very little in common (sound wise and even fan-base wise). In fact, the only similarity that comes to mind immediately is the fact that both bands came out with new albums last month. However, now the two can say that they’re tourmates, as Volbeat and HIM have been confirmed for this year’s Monster Energy’s Rock Allegiance Tour. Also appearing on the late-summer hard rock tour will be All That Remains and Airbourne.

Volbeat frontman Michael Poulsen had the following to say about the trek:

“The fans have made our North American visits thus far this year great fun and truly memorable. We are looking forward to headlining Monster Energy’s Rock Allegiance festival tour this summer, and sharing the stage with HIM, All That Remains and Airbourne.”

This marks Rock Allegiance’s return as a full-fledge tour, with last year’s installment seeing it as a destination festival featuring Stone Temple Pilots, Three Days Grace and a bunch of other active hard rock groups. Exact dates for the summer trek will be announced shortly, though check out a trailer for the tour below. 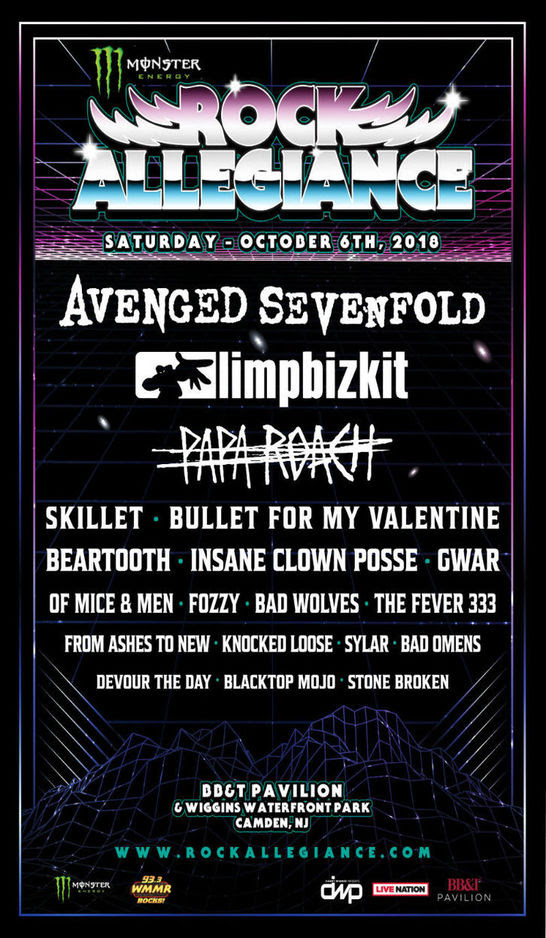