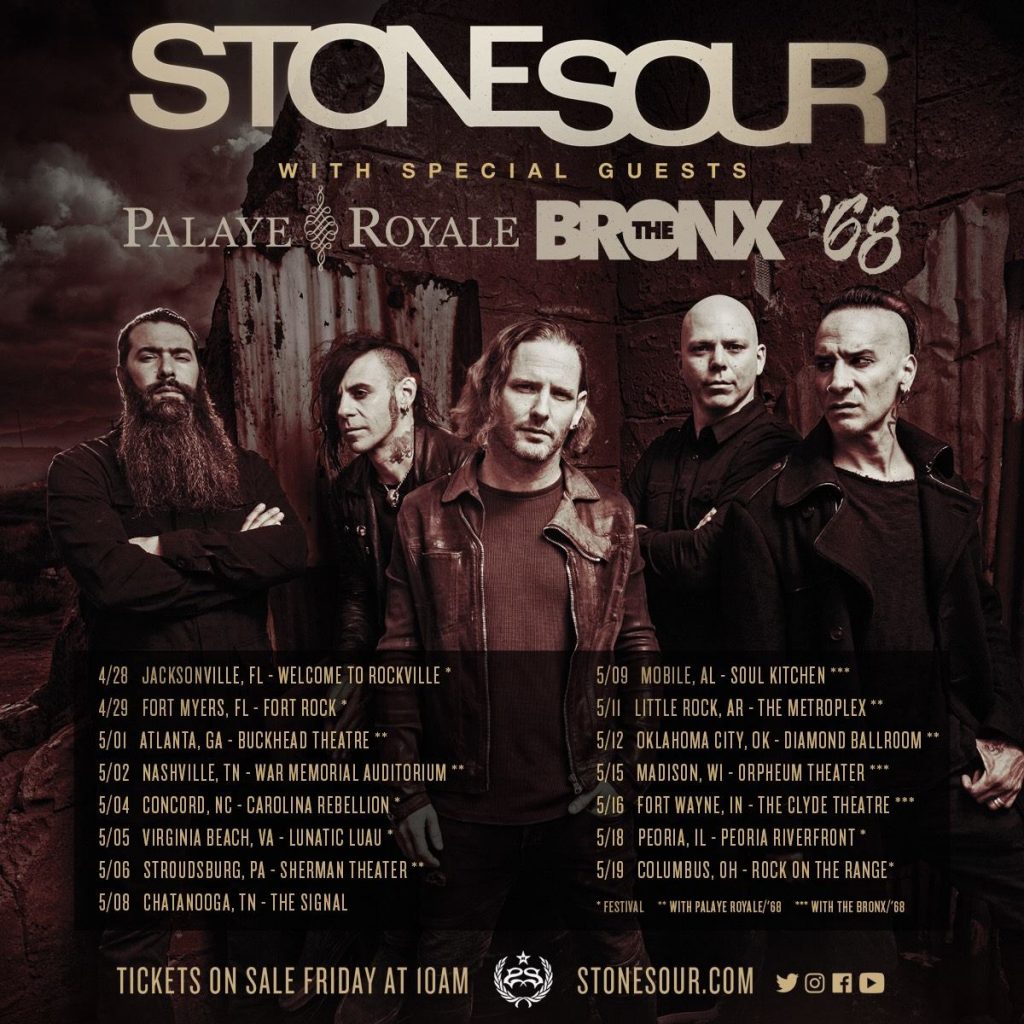 Prior to supporting Ozzy Osbourne’s North American farewell run, Stone Sour have announced a string of headlining dates of their own. The group will continue to promote their latest effort 2017’s Hydrograd and this time around, Palaye Royale, The Bronx and ‘68 will be joining in on support on select dates. The trek begins on April 28th at Welcome to Rockville and concludes on May 19th at Rock On The Range.