It wasn’t too long ago when Machine Head announced a European tour to celebrate the 25th anniversary of their debut album Burn My Eyes. The trek features frontman/guitarist Robb Flynn and bassist Jared MacEachern joined by original members Chris Kontos and Logan Mader as they’ve been sharing live-in-the-studio performances as well as a roundtables video to further discuss the celebration. Today (3rd) the band has officially announced their first U.S performance to commemorate their debut, which will be held on December 20th at the Hollywood Palladium in Los Angeles, CA.

Machine Head VIP upgrade pre-sale tickets will launch tomorrow (4th) at 10 AM Pacific at this location. General admission tickets go on sale to the public this Friday (7th) at 10AM Pacific here. 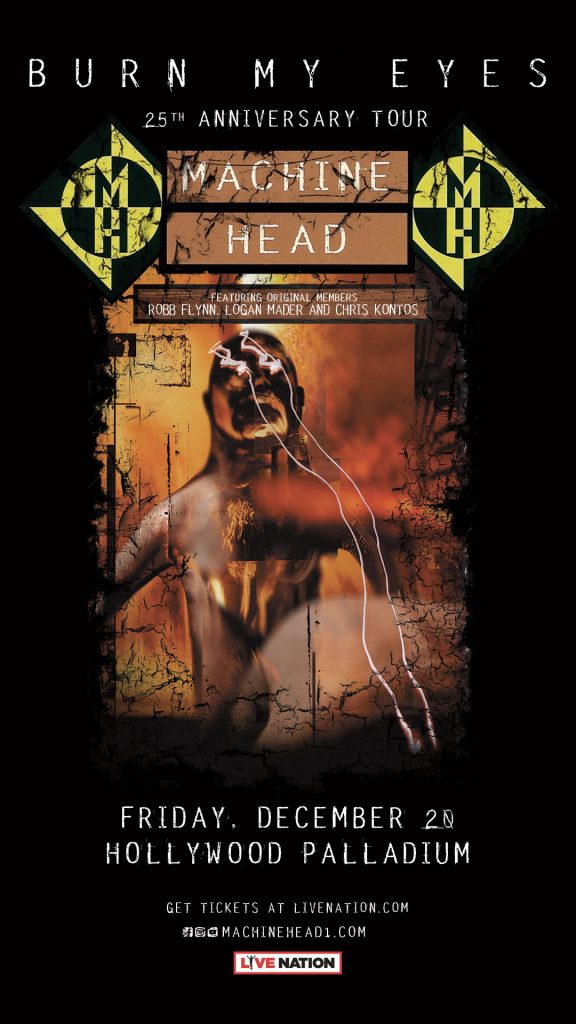