When you think of music in Las Vegas, you probably associate it with Elvis, or perhaps if you want to get more current, perhaps The Killers. However, it’s slowly becoming a destination for bands. Guns N’ Roses, Def Leppard, KISS and Scorpions have done residencies there, among other heavier acts, and festivals, including Psycho Las Vegas, are setting up shop as well. here’s some of the more interesting shows and fests hitting Vegas this year.

This year’s Psycho Las Vegas looks to be even bigger than last year’s. Taking place from August 18-20, it’ll be headlined by King Diamond, who will be playing Abigail in it’s entirety. You’ll also get to see Cult of Luna and Julie Christmas play Mariner as well. Khemmis, Zeal and Ardor, Neurosis, Myrkur and Carcass are just a handful of the many bands that’ll be making their way there this year. Get more details here.
Las Rageous

With the demise of the Mayhem Fest a few years back, the destination festival is becoming more of a thing. With Chicago Open Air, Aftershock, Rock Alliance, Rock on the Range and others, Las Vegas is getting it’s own rock and metal fest. April 21st and 22nd will see the likes of Avenged Sevenfold, Godsmack, Mastodon, Anthrax, Killswitch Engage, Coheed and Cambria and more take over two square blocks in downtown Vegas for Las Rageous. This looks to be the start of what could be an annual event.

The venue for the Iron Maiden show on the 3rd of July is the T-Mobile Arena. This will be the first time Vegas will get to see the Book of Souls tour, and the first time the band’s played Vegas since 2013. This show will be only the second date of their return to the United States, and anyone that’s seen the band know that not only are they one of the biggest marquee names of heavy metal, but their live show is still amazing.

The Events Center at Downtown Las Vegas will host the Deftones on 8th July. This will be the penultimate night of their world tour where they will be supported by Rise Against and Thrice. Their set list runs through the entire catalog, and material from Gore sound just as good live as stuff from Around the Fur.

Bring Me The Horizon

Bring Me The Horizon will be at the Joint in the Hard Rock Cafe Hotel on 8th April. This is the final date of their tour so they are sure to be pulling out all the stops to make sure that it is a show to be remembered. The theater has a capacity of 4000 and so it likely to be quite an intimate show. The band were formed in Sheffield in the UK but they have a very large following in the US.

If you can’t make it to Vegas to see any of these shows then you could always try your luck and play the most popular table games at Red Flush Online Casino. If you are lucky enough to win big you could be on your way to Las Vegas before you know it. 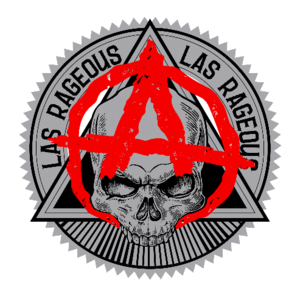