After seven years with SPV/Steamhammer and Edel America, power metallers Kamelot have signed with Napalm Records via their own Kamelot Music LLC. The band’s next album will be out this April or May, coinciding with a North American tour with Dragonforce. Here’s what Kamelot founder/guitarist Thomas Youngblood said about the band’s new label:

“We are extremely excited about having a growing and hungry independent label like Napalm with the power of major distribution that we will get with Universal and ADA Warner.”

Thomas Caser, VP of Napalm Records is equally as excited:

“Being a fan since the band’s Epica release it has always been a dream for me to work with Kamelot! Finally this dream has come true and we at Napalm Records are delighted and honoured to announce this signing. I foresee a bright future and we will spare no effort to bring the band to where they deserve to be – the top! Watch out for the band’s monumental new album this spring and witness Kamelot & Napalm Records conquering the world in 2015!”

Here are the band’s dates with Dragonforce: 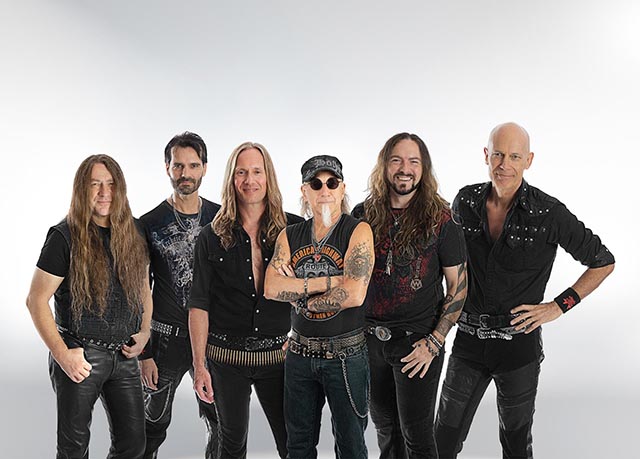