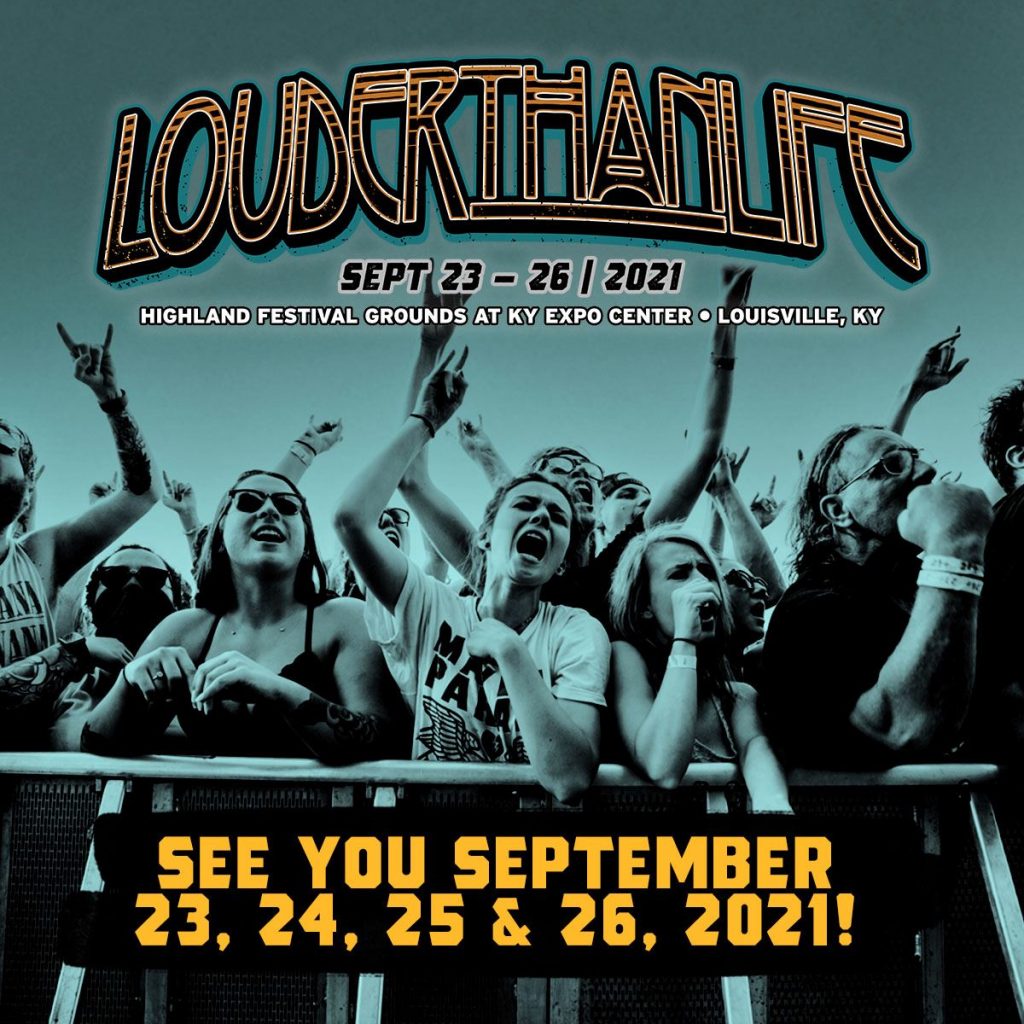 After an early announcement last year about Aftershock being rescheduled to October 2021 and continuing to secure almost the entire lineup, little has been said about the many festivals produced by Danny Wimmer Presents.

DWP has announced their festival calendar for 2021 that removes some favorites, but adds a partnership with a current festival that has showed success and growth over the past few years.

Rumors had circulated at the end of 2020 that a possible DWP partnership might happen for Mansfield, Ohio’s Inkcarceration Music & Tattoo Festival.

Cemented in stone today as part of the Festival calendar, July 23-25th will find DWP taking over the famous Ohio State Reformatory in Mansfield, Ohio. This prison is most notably known as the backdrop for blockbuster hit “The Shawshank Redemption” starring Morgan Freeman, and Tim Robbins.

No information aside from the dates in July has been announced yet. For more information please visit the official site www.inkcarceration.com 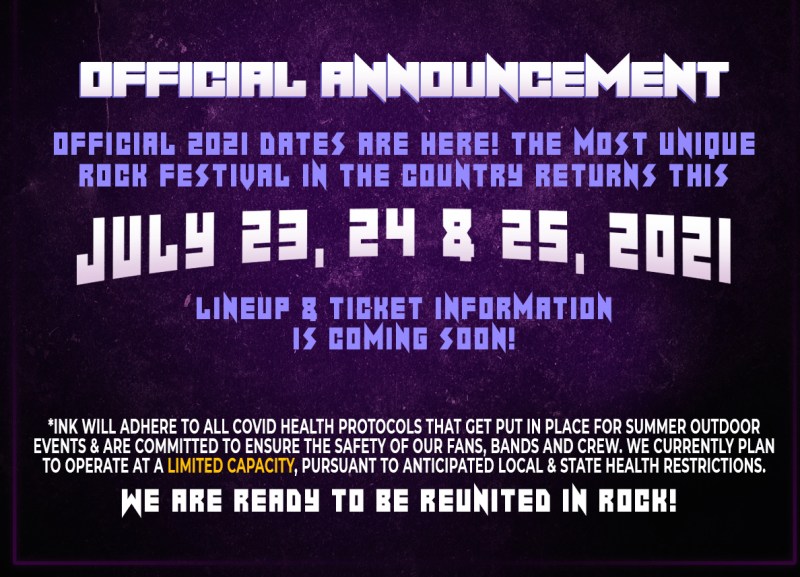 After a successful trifecta in 2019, DWP had covered most genres of music, over three consecutive weekends in Louisville, Kentucky with Louder Than Life, Hometown Rising (Country based) and Bourbon & Beyond (Various Genres). Announced today finds Louder Than Life being extended to four days over September 23-26.

As details are announced, information can be found at the official site: www.louderthanlifefestival.com

Usually hosted in Jacksonville, Florida, it had been announced that Welcome To Rockville would be moving to sunny Daytona Beach and the Daytona Motor Speedway for its first year in 2020. With the cancellation in 2020 fans began the countdown to May 2021 to see what DWP had in store with the all-new venue and layout.

With the uncertainty of COVID-19 lingering, the decision to host Welcome To Rockville was made, with a slight twist. Instead of May, fans will find themselves converging on Daytona Beach November 11-14.

Information can be found at the official website: www.welcometorockvillefestival.com 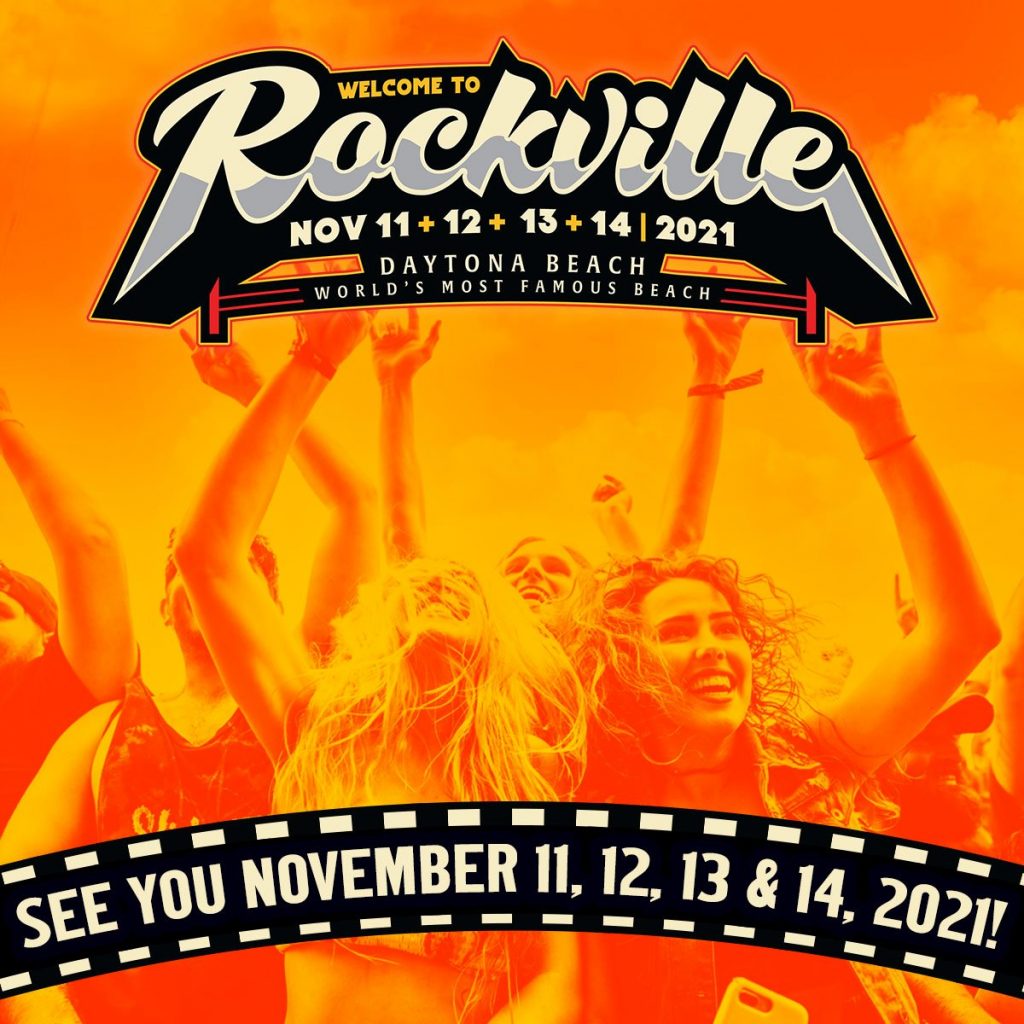 Announced last year almost immediately after the cancellation, Aftershock will once again find itself landing in October over the weekend of the 7-10 in Sacramento, California. Headlined by a double Metallica performance with My Chemical Romance on the Saturday, tickets are almost sold out for 2021.

Head to the official website www.aftershockfestival.com to purchase yours and keep up to date with any changes. 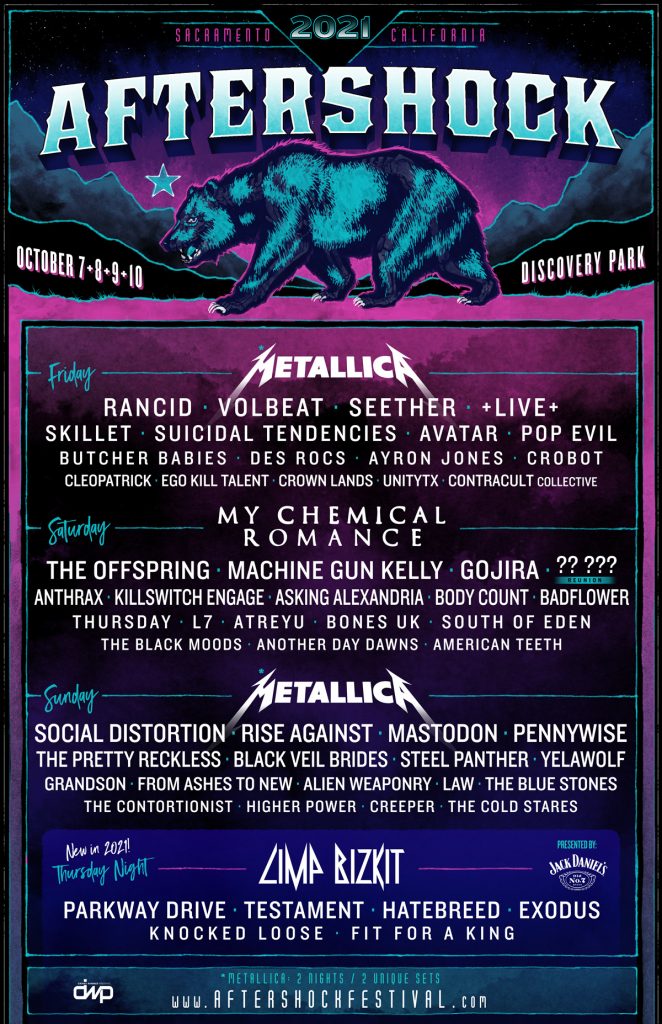 A random post made in a Facebook page by Danny Hayes of DWP wearing a captain’s uniform and cap was all it took for fans to jump on board the idea of a DWP cruise to a tropical location. With very little information available at this time, we do know DWP has partnered with Sixthman to conquer Land AND Sea for 2022. Creating an all new immersive 5-day cruise with a private island festival in Harvest Cay, Belize, taking place February 16-21, 2022.

You can sign up with an email to keep updated as details are released at www.sixthman.net/dwpsxmseatosand

And, with all things in life, the good news announced was met along side bad news for fans. The newly created Sonic Temple Art + Music Festival, and Epicenter will take a hiatus for 2021, usually taking place in May alongside Welcome To Rockville. Danny Wimmer Presents has made a commitment to return in 2022 bigger and badder than ever.

Two of trifecta festivals will also take a break, with Bourbon and Beyond, and Hometown Rising both not being held this year alongside Louder Than Life.

We will keep you updated as details emerge for all the festivals and cruise.