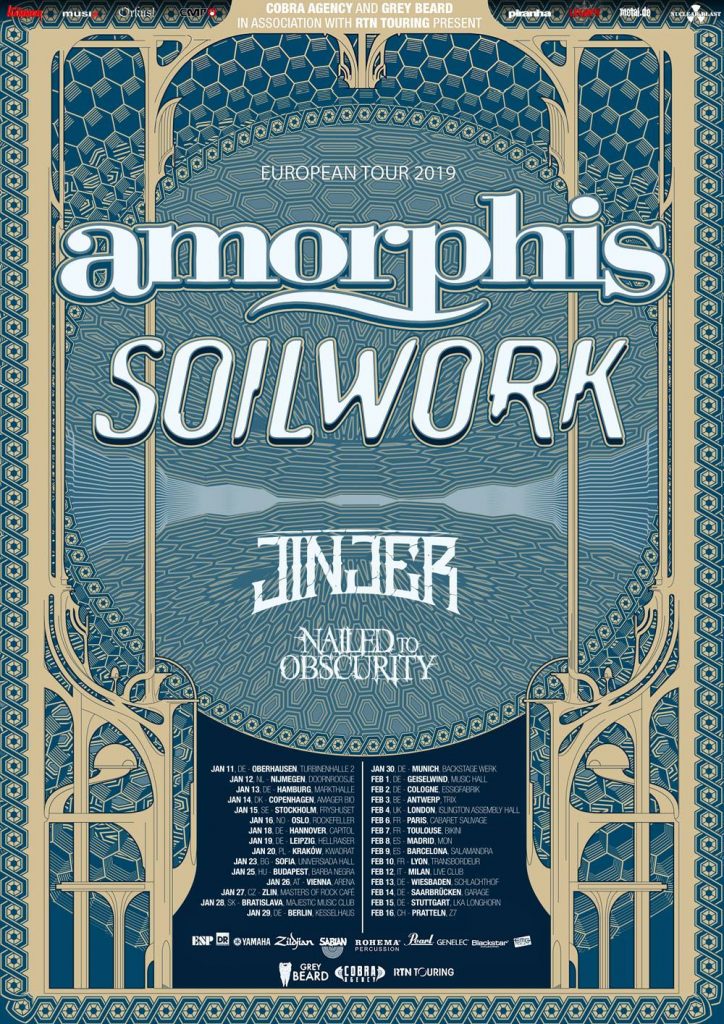 Amorphis and Soilwork have announced a co-headlining European tour for early 2019. Jinjer and Nailed to Obscurity will be supporting the bill.

Amorphis released their latest effort Queen of Time this past May via Nuclear Blast, and one could argue that it is one of the best albums of 2018. Soilwork are still working on their follow-up to 2015’s The Ride Majestic and will most likely support their new album on this trek.

“We can’t wait to hit the European roads and take the Amorphis live production to the next level with the Queen Of Time tour. We are really happy to bring the mighty Soilwork, Jinjer and Nailed to Obscurity to this tour as well. Get your tickets now, it’s gonna be a blast from the past!”

“We are very excited about touring with Amorphis, as the first tour for our upcoming album. Amorphis have been my favorite Finnish band since I was a teenager, when ‘Tales From The Thousand Lakes’ was my daily soundtrack. Both of the bands’ unique take on metal, will create an epic cocktail, as we roll through Europe on tour together. It’s about time, I can’t wait!”