Philly band Varials released their debut album, Pain Again, last week on Fearless Records. While they’re a metal band, they drew from many inspirations while writing the album. Vocalist Travis Tabron is a big fan of hip-hop, even freestyling on several songs on the album. Here’s what he says about the following playlist and making the album:

I was definitely in a very specific kind of headspace when I wrote this record so the songs that inspired me really range from all over. I also don’t really listen to much heavy music so it might seem odd, but I like to think it kind of gives me a different perspective on how try and push the boundaries of what I do.

So without further ado, here are Tabron’s top 10 inspirations while making Pain Again.

The sample is from Miles Davis’ “Blue in Green” a.k.a. one of the best melodies ever composed by man, and then Dilla being the master of hip-hop drums and hip-hop in general it creates one of the most heartfelt and intimate vibes I’ve ever heard. Definitely a track that inspires the longer you listen.
2) Isaiah Rashad, “Park”
The beat feels shy and reserved, but somehow mildly confident and the way Isaiah raps over it gives it a vulnerable kind of cockiness that I definitely relate to when I write my own lyrics. The first line goes “mama I knew I was bout it, way before venue was crowded” which shows his confidence throughout the struggle of being nobody while working to get where you want to be, and that is a huge theme/motif throughout ‘Pain Again’. Recognizing growth is mad important.
3) The Strokes, “Hard To Explain”
The lyrics to me always seemed like he was reciting a conversation with someone else at points and it’s so interesting because the lines that he’d be reciting are very expressive of pleading the 5th and acting like you don’t know the answer to somebody so you don’t have to invest in the conversation. I relate to that a lot recently because I have a hard time finding true value in a lot of daily motions and often find myself doing that. Brutal and introspective honesty always capture emotions the best if you ask me.
4) My Chemical Romance, “The Ghost of You “
This has been one of my favorite songs for the majority of my life. Every single aspect about its creation is so sonically satisfying to me. I’ve always been kind of attracted to the idea of feeling like you’re living with the ghost of someone you once knew just because of the way my life went. So much that throughout our previous EP and our new album, I often reference a ghost of mine and how it’s lingering impacts me as well. Super powerful metaphors and shit honestly.
5) Kendrick Lamar, “Sing About Me, I’m Dying of Thirst”
Kendrick is arguably the best rapper alive, so in return this song is one of the best cases of hip hop storytelling ever. I have always wanted to be able to connect with people through my lyrics, and the way he perfects it in this song really inspired me to be a smarter and more cleverly efficient lyricist. If I can say anything I want on the mic then you might as well be able to feel it the way I do..right?
6) At The Drive In, “One Armed Scissor”
Okay so this song’s lyrics are super random and vague-seeming at first, and while you can’t really identify what he’s specifically talking about, this is one of those songwriting instances where every single line is so vivid and really drives in a thought at the end of each line. It’s almost like every line is a completely new thought on the subject, so it really feels like whatever he’s singing about he really has dissected all angles of it and acknowledges it for what it is. I respect that kind of writing so much because drawing your own conclusions is sometimes more important than understanding the writer’s.
7) Interpol, “Obstacle 1”
This is one of the best indie rock songs ever written. It captures a mood that you feel as soon as it starts. If you love music and enjoy appreciating different kinds of beauty in music then this is for you. This is a vibe that you can’t get from any other song.
8) Apollo Brown, “Higher”

This song is so crazy deep and crazy metaphorical that I draw so much inspiration from every line in the whole song because of how beautifully they’re put together. Finale has a verse at the end that says “I drop back like Deion Sanders. Stuck analyzing a game he used to play from behind a desk and it ain’t the same. I’m accepting change.” That shit captures so much in so little! That’s straight up him saying how his glory days are over and how sad it is that all he has left is watching other people do what he wants to do the most AND that he learned to accept it and find his own peace. That’s pretty amazing that you can capture so much raw emotion in a reference about an ex-football player if you ask me.
9) J. Dilla, “So Far To Go”
There are very few songs that can actually make you feel as good as this one does. The instrumental is super smooth and kinda crescendos from note to note in a super weird way. Also the effect they put D’Angelo’s singing in the chorus flows and blurs from word to word with the beat and it’s such a smart way to give out so many different melodies that all feel so good. A+ shit.
10) Norma Jean, “Blueprints For Future Homes”
There’s a line in the beginning that goes “the illusion of intelligence, a continuous sounding bell. And can you feel the interruptions in the air?”. Let’s dissect that. The amount of people posing as intelligent is like a bell that never stops because the people never stop. The sound waves from the bell ringing literally vibrate through the air because what sound is, vibrations through air. So what he’s saying is that he can literally feel it in the air when people are acting like something they’re not. THAT IS INCREDIBLE LYRICISM!!!!!!! 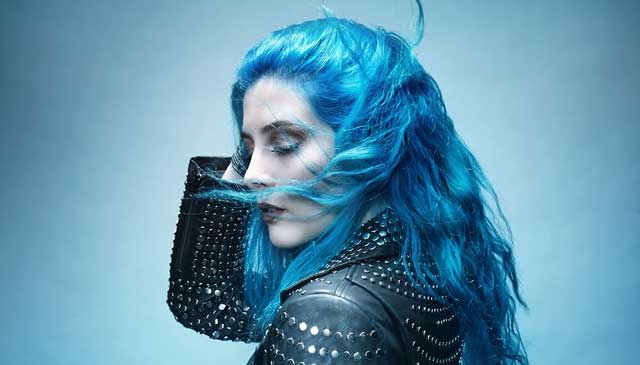