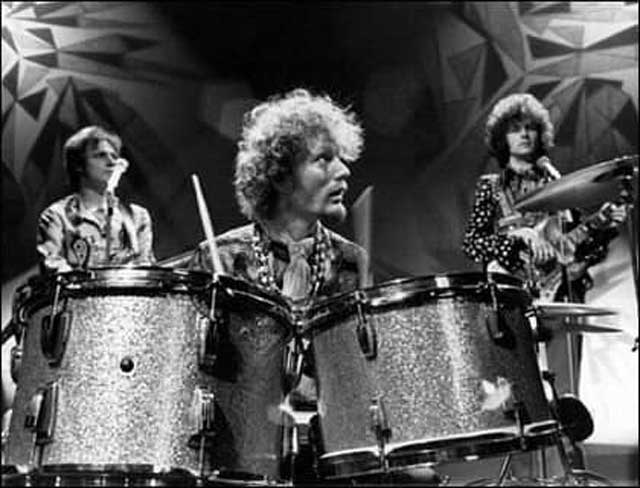 Ginger Baker, the legendary drummer in the Rock & Roll Hall of Fame-inducted ‘60s supergroup Cream with Eric Clapton and Jack Bruce, died on Sunday (6th) at the age of 80. Baker was hospitalized for an undisclosed “critical illness.” However, he has suffered from multiple medical illnesses over the last few years including open-heart surgery in 2016 after being diagnosed with “serious heart problems.”

Ginger’s death was announced by his family on social media, stating:

“We are very sad to say that Ginger has passed away peacefully this morning. Thank you to everyone for your kind words to us all over the past weeks.”

Baker will be remembered as one of the founding fathers of heavy music and one of the greatest drummers of all time. He was one of the pioneers of double bass drumming as he was an unbeatable force of nature who also dabbled in lengthy drum solos. One could say, there wouldn’t be a Dave Lombardo, Peter Criss, Ian Paice, John Bonham, Neil Peart, Nick Mason, Bill Bruford if it wasn’t for Baker’s influences. With that being said, many musicians ranging from Ace Frehley, Mike Portnoy, Carmine Appice, and more have responded to the late drummer’s death:

1/2 As a young musician few drummers stood taller or were a bigger musical influence than Ginger Baker…I will never forget the awesomeness of seeing him perform with Cream at Massey Hall on June 5 1968 along side the late great Jack Bruce and Eric Clapton. pic.twitter.com/U033iRN1ke

2/2 He was one of Rock’s first virtuoso drummers and his incredible legacy lives on. Sincere condolences to Ginger’s family, friends and fans. – Geddy Lee
#RIPGingerBaker pic.twitter.com/UF63n9YAwp

Sad news hearing that Ginger Baker has died, I remember playing with him very early on in Alexis Korner’s Blues Incorporated. He was a fiery but extremely talented and innovative drummer. pic.twitter.com/tZg3IGwP4Z

I’m sorry to hear that Ginger Baker passed. He was a great drummer and we all were fans of Cream back then. “Sunshine Of Your Love” was a great one. Love & Mercy, Brian

1/2 Very sad day in the Drum world as we say goodbye to one of rock’s greatest pioneers: Ginger Baker. In the 60’s, there were a few drummers that came onto the scene playing “lead drums”. Ginger Baker was one of them taking rock drumming to a whole new level of expression. —-> pic.twitter.com/LGRlyJcyp4

Now Ginger joins fellow 60’s pioneers Keith Moon, John Bonham & Mitch Mitchell in that great drum-off in the sky.. 😥 Thank you Ginger for what you brought to the instrument (& of course your legendary personality! Beware Of Mr Baker is a must see Rock Bio Pic) #ripgingerbaker 🥁

So much freedom in his playing. What a wildman. Rhythms we’ve hear all our lives he plucked them out of the sky. Rest In Peace Ginger Baker. https://t.co/e3L4IHodhT

Ginger Baker, great drummer, wild and lovely guy. We worked together on the ‘Band on the Run’ album in his ARC Studio, Lagos, Nigeria. Sad to hear that he died but the memories never will. X Paul pic.twitter.com/Rne4tn6A2i

Our thoughts and condolences go out to Baker’s family and friends during this difficult time. 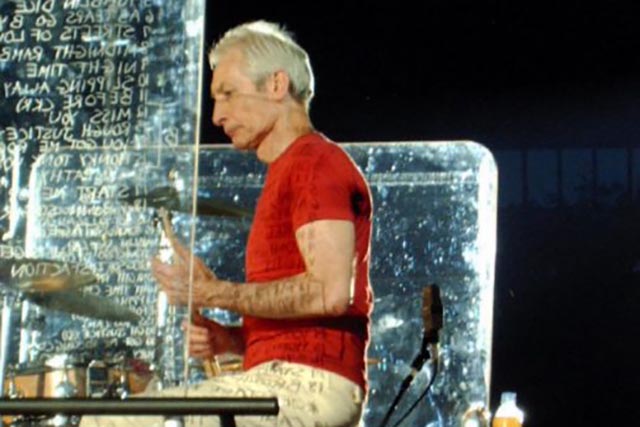