While there are many acts out there calling themselves “black metal” these days, there’s no doubt that the Norwegian bands, specifically from the Bergen scene, hold the torch for the most authentic representation of 2nd wave black metal. And Terratur Possessions, aptly based in Norway, presents a split MLP entitled Pakt, which showcases scene legends Taake with newer, exciting upstart Whoredom Rife. The result of the two bands coming together for this four song split is likely the best black metal you’ll hear all year.

Taake first presents “Ubeseiret” which translates to “Undefeated” in English, and how appropriate for Taake. So many people have tried to take this band down and for so many years, and Hoest and company just keeps rising above. The song itself is another original Taake masterwork that, like many of the band’s classic works, incorporates traditionally “non-metal” instruments into the composition. You might recall the banjo solo in “Myr” and the mouth harp on “Over Bjoergvin,” so loyal Taake fans might only be a bit surprised to hear steel string guitar in the last minute of the track. A novel texture that, yet again, cements the innovativeness that main man Hoest has become famous for in the scene. The song itself is a cross between traditional black metal but with some catchy groove. There’s a little bit of prog in there as the song goes through three unique time changes. It is a new direction for Taake, but still undoubtedly a signature work. 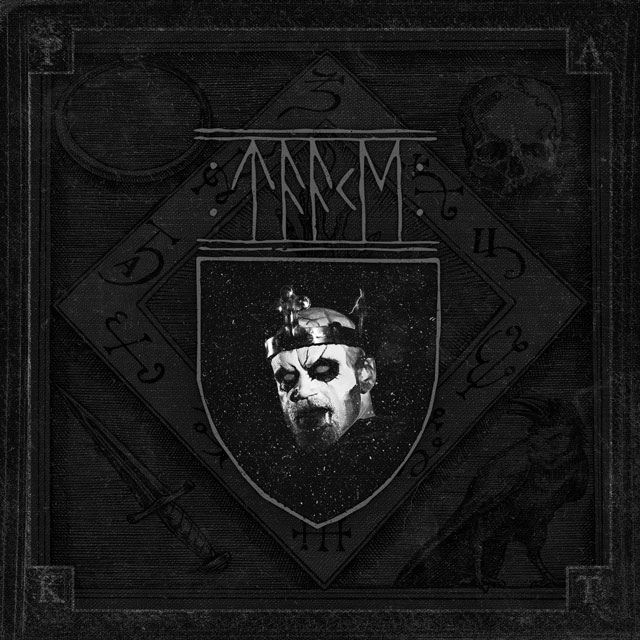 Taake’s second track is a Sisters of Mercy cover, “Heartland.” Another dark 80’s cover that Hoest clearly digs and works magic with. Think for example, “Cold,” originally done by the Cure on the Kulde EP and “Lars Hertervig” by De Press on Baktanker. In this cover of “Heartland,” Hoest swaps the acoustic guitar as the focal instrument used by Sisters of Mercy for a fuzzy, distorted bass along with a distorted vocal in the first few minutes of the track.  He takes a dark, gothic song and makes it even darker and much more inaccessible to the casual listener. This, of course, is the genius behind Taake – putting his own stamp on classic songs that most would never even imagine of doing. The resulting arrangements that Hoest comes up with are novel yet familiar and deeply immersive.

Hoest plays all instruments on both tracks including the use of 12 string and steel string acoustic guitar for the very first time in Taake’s recorded history.

The Whoredom Rife songs offer a nice contrast. Their first track is “From Nameless Pagan Graves,” which is a straight ahead, cold and desolate tremolo second wave black metal song that demonstrates just how true to form these Norwegians are. It’s everything you think Whoredom Rife should be. The second track, however, “En Lenke Smidd I Blod,” is a slower more brooding track with great rhythms and a clear melody that vocalist K.R. really embraces. Four minutes into the song, over just the right amount of keyboards, is some atmospheric tremolo guitar from V. Einride. It’s a reflexive track and not something I’d expect from this band, but I really loved being surprised when I heard this. This is quickly becoming one of my favorite Whoredom Rife songs.

Without any doubt, Pakt is a must buy. The trouble, for most, however, is going to be getting this record. Like almost all Taake records, when the limited editions are sold out, that’s it.  This particular record is going to be released on Norway’s Terratur Possessions label and will be distributed online via Germany’s Van Records. Keep checking the Terratur website and also Svartekunst Productions for information on release. Order early as you can, because, for real, these will sell out immediately.

Taake begins a Spring tour with Kampfar and Necrowretch (who’s newest record we review here) in March in Europe. 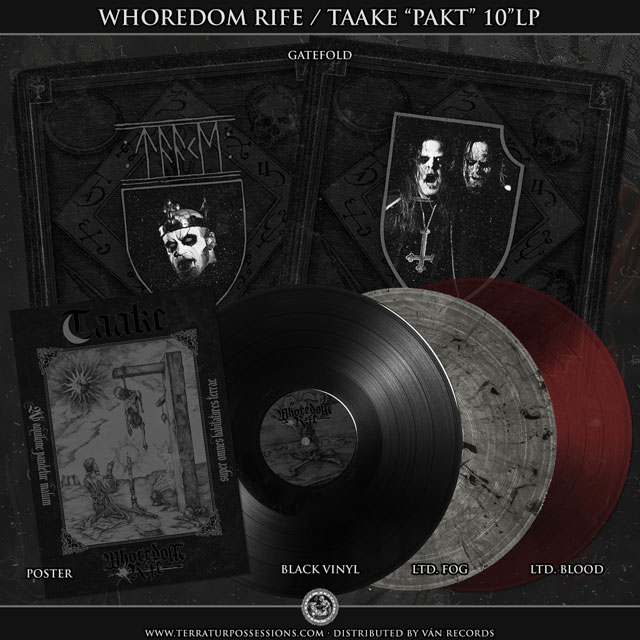 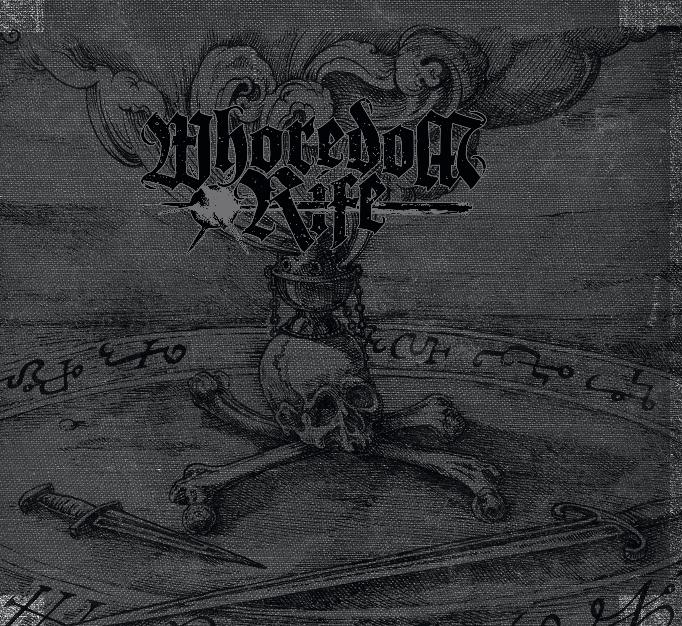 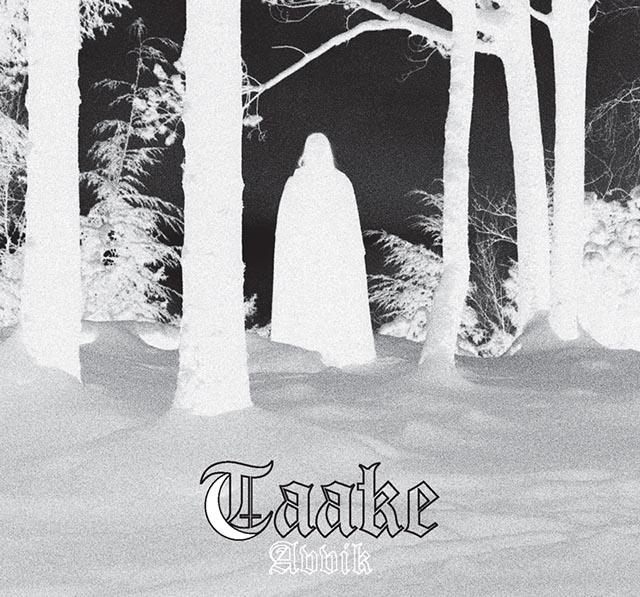