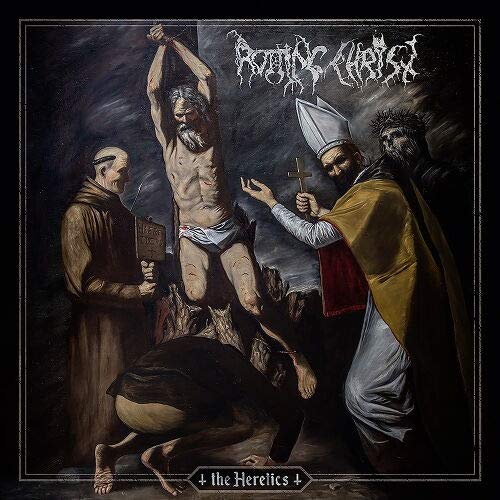 Though musical evolution is often seen as a positive result of hard work and effort, pushing boundaries and taking risks in the underground metal scene can be a slippery slope. Remain within the confines of how you have defined yourself for too long and risk becoming predictable and stale. Take calculated risks in the pursuit of a fresh, invigorated sound with renewed meaning and jeopardize your identity, and potentially, a good portion of your fan base.

Greece’s Rotting Christ have managed to evolve from primal European black metal into a dominant force of blasphemous, gothic metal goodness, alienating fans in the process and ushering them back in once again. Perhaps the most respectable part of this evolution, one that sees the band carving out their very own niche in the underground scene, is their unconfused intention. Though the progression has not necessarily been linear, Rotting Christ have settled on a sweet spot of epic proportions that is hauntingly unique at its foundation, an evolution beautifully coming to fruition.

The Heretics is Rotting Christ’s thirteenth full-length release, quite possibly their most impressive to date. The album relies on many of the same tactics utilized on recent full-lengths such as 2016’s Rituals and 2013’s Kata Ton Daimona Eaytoy, stripping the strongest facets from each and honing them further. From the opening chants of “In The Name of God,” it is clear that Rotting Christ is set to deliver fine-tuned blasphemy with a vengeance.

The Heretics is full of potential anthems, all of which could easily translate to a live setting with no issues whatsoever. “Vetry Zlye,” the album’s second track, might as well have been written to be played at any European open-air festival at dusk, the crowd headbanging in unison to the tremolo-style picking and hammering double kicks. As is the case with other releases from the band in the past, The Heretics is arguably best consumed in full to ensure proper digestion. Its storytelling qualities, fully equipped with spoken word commentary and eerie effects, to ensure appropriate flow throughout as one complete piece.

Slow, epic cuts such as “Hallowed Be Thy Name” provide the main foundation on which the album comfortably sits. This foundation lends itself nicely to tracks such as “Dies Irae” and “The New Messiah,” which pick things up and provide a nice push/pull dynamic woven throughout the record. But perhaps the most captivating aspects of the album are the pounding grooves utilized in slow repetition, as heard on songs such as “The Time Has Come.” This is Rotting Christ’s bread and butter, and it’s enough to lure you into a hypnotic trance.

In short, The Heretics is modern Rotting Christ with a backbone stronger than ever before. The Tolis brothers continue to steer the Rotting Christ ship, having done so since 1987, with a defined purpose. Any sense of identity crisis the band may have been criticized for in the past is absent. The songs are compelling, the production is clean, the overall vibe is killer, and the band shows that writing songs about religious ideology can still be exciting in 2019. 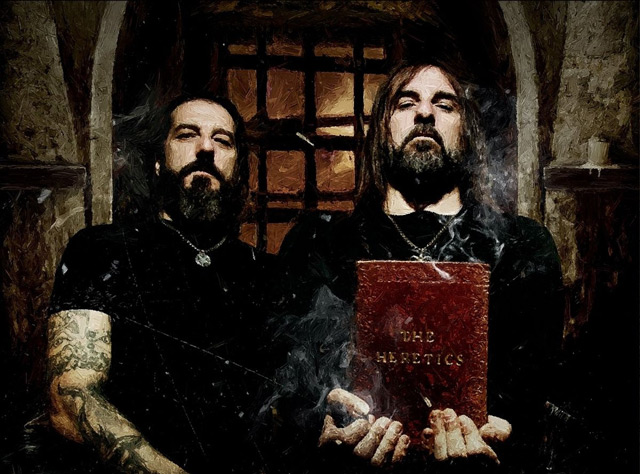