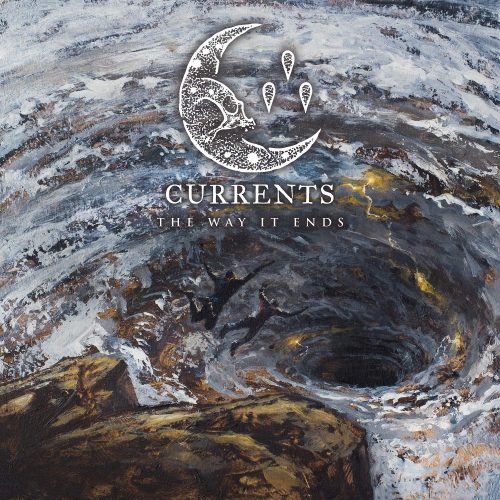 Breaking into the spotlight is Currents with their well-executed sophomore release that delivers quality songwriting and a refreshing take on metalcore. Packed with poignant lyrics and incensed musicality, the quintet shares not only their technical proficiencies but their inner angst and disquiet.

The band immediately sets the mood for the record with the opening track, “It Was Never There,” as vocalist, Brian Wille, delivers throat-ripping screams over a slow, wistful melody. As the intensity continues to build, the song ends and leads into the stand-out track on the record, “A Flag To Wave.” This song contains everything you’d want in a metal song nowadays, including the dirty and refined tone, the heavy chugs that get the crowd moving, and let’s not forget, the chorus that hooks you in further.

The album is filled with riffs that prevent your head from staying still. This is predominantly demonstrated on “Poverty Of Self” with its constant heavy groove. Even their more commercial sounding songs like “Monsters” provide a fun listen while remaining heavy. Even though it has that radio-friendly feel, it still drops heavy riffs during the 3½ minute ride.

I need to give a shout out to vocalist Brian Wille for his performance on this record. The velocity and aggression in his voice is the driving force of the emotional connection with the listener. Yes, the riffs and beats are undoubtedly heavy on their own. However, the delivery of his lyrics is the bridge connecting with the audience. A perfect example of this would be in the track, “How I Fall Apart.” Backed by his reflection, his presence on this album is the pulse of the band.

When I heard the beginning of “Kill The Ache,” it felt as if they knew my weakness for breakdowns. I’m such a sucker for rhythm and groove. Throw in a heavy djent-esque riff too, and I’m one happy camper. This should be a staple in their live sets.

The production on the album is terrific and mixed very well, which shouldn’t be a surprise as Adam “Nolly” Getgood handled mixing duties. No instrument outweighs the other, but each can project a lasting impression.

“Split” has the lovely “alarm clock riffs,” a term coined by Hatebreed’s Jamey Jasta. The staccato riffs add a sense of detachment from the typical breakdown you hear in metal. Concluding the album is the track, “Better Days,” which shares a similar chord progression to the opening track, forging a feeling that the album has come full-circle.

I wasn’t sure what to expect going into this record because I was not familiar with the band’s sound. However, after giving it a full listen, I am surprised that this is only their sophomore release due to their polished sound and cohesive songwriting. Every song gets straight to the point, and no track feels identical, as each stands on their own. Currents are moving in the right direction, and I’m eager to hear their next release.

Grab your copy of The Way It Ends here.

We recently caught up with vocalist Brian Wille. Check it out here.