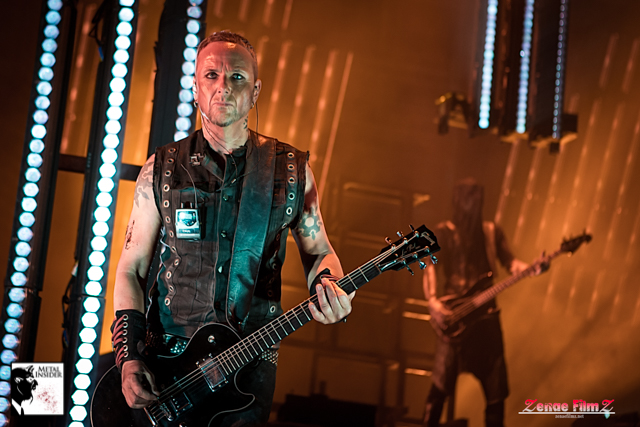 A few weeks ago, Rammstein announced they were almost done with the orchestra and choir recordings for the follow-up to 2009’s Liebe ist für alle da. It looks promising that these German industrial metal giants’ new album will arrive just in time for their 25th anniversary. Guitarist Paul Landers spoke with Music Radar, about the progress of the new record and revealed that they are aiming for a spring release date.

“Right now, it looks like this new record will be coming out next spring, and what we’ve been mainly doing is playing together in a circle, with all the guys in one room. We all go into the mixing desk and I had my PL1 prototype going direct. Same for the some of the other guys – our drummer [Christoph Schneider] has these electronic drums, so we’ve been using that to play a bunch of ideas together.

It hasn’t been like a pre-production where each member is alone; it’s been more of an all-together kind of thing. We liked the sound of it so much that we’ve decided to make the record more of a band-unit recording than a bunch of guys playing separately. We’ll have to see how it all ends up on the record, but the basic idea is you are hearing a band playing… you could say it’s inspired by our live sound. That’s exactly what we’re going for. The PL1 really helped on that front because it had every sound I needed.”