Thrash fans get ready, Onslaught has announced that they will be putting out a new album this summer. Titled Generation Antichrist, the album is set for release on August 7 on AFM Records.

“Wow, we’re stoked to finally get this new album ready to go,” said guitarist Nige Rockett in a statement about the album.

“It’s been a huge challenge to get everything finalized in light of recent events around the the world. We’ve had to bend a few rules and do things in very unconventional ways to make it work, but we got it done.”

Mixed by Daniel Bergstrand, who has worked with the likes of Behemoth, In Flames and Meshuggah, at Dugout Studios, Rockett says that the album takes the band to another level.

“I gotta say this is one brutal fucking record and could be a real game changer for the future of Onslaught. It’s a very earthy and extremely raw-sounding album. We held back on the technology, with natural drums all round and I think Daniel Bergstrand did an unbelievable job on the mix.”

Generation Antichrist will be the UK band’s first album with new vocalist Dave Garnett. Garnett takes the place of Sy Keeler, who left the band at the end of April 2020 citing “the nature of the modern day music industry” and its instability as his reason for leaving. The band announced the addition of Garnett a week later. Said Rockett about Garnett,

“Everyone really stepped up to the plate massively on ‘Generation Antichrist’, but I have to single out our new vocalist Dave Garnett for smashing the vocals out of the park. It’s an unenviable task to follow in the big shoes of Sy Keeler, but he’s made this album his own and in his own very cool style, I’m sure he’s gonna be hugely popular with the fans.”

Onslaught gave fans a taste of what’s to come all the way back in 2018. During their set at Bloodstock Open Air that year, the band played new song “A Perfect Day To Die,” which ends the upcoming album.

Generation Antichrist is available for pre-order now. A full tracklist can be seen below. 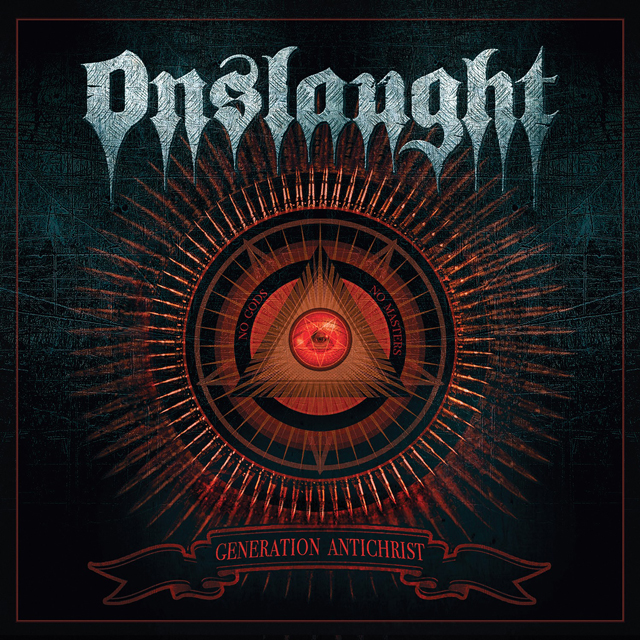 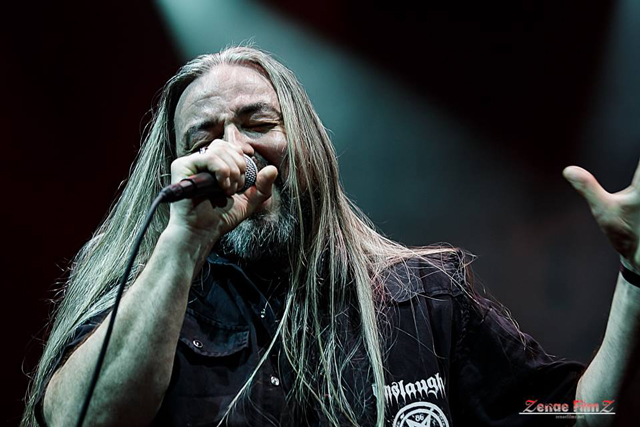