Norwegian metal band Enslaved has been working on a new album for the past few months and now we have a timeline on when we can finally hear new music.

Titled Utgard, the album was initially slated for an early 2020 release. However, due to recent events, the band expects the album to be released some time this fall. In addition, the band announced that a new song and music video from the album will be released on May 22.

In an Instagram post, the band thanked fans for the wait before telling them about the new timeline:

“First of all, we’d like to sincerely thank you for the warm reception of our latest publications about our upcoming new album ‘Utgard’! We understand that our recent communication also raised some questions and calls for transparent explanations. Let us reassure you that all of us are fine and in good health!”

“Due to the current situation,” the statement continues:

“we took the decision together with our label Nuclear Blast to postpone the release of ‘Utgard’ to the fall. Therefore, as you can imagine, the whole schedule had to be adjusted quickly! We understand that seeing a video teaser followed by nothing has been confusing. As of today, we can announce that our first single and video will be released on May 22nd, and we can’t wait to share this new music with you all! We are sure you understand that this is for the best.”

According to Blabbermouth, the band had been filming a music video in Iceland this past January. The production had frontman Grutle Kjellson on location near the South Coast of Iceland and Reykjanes with video producer Gaui H (Gaui H Pic), his production assistant Marita Joensen and actors Striga and Kolbeinn for five days.

With the announcement, Enslaved has also unveiled the artwork for Utgard. The band took to social media to debut the art, writing:

“This is the 9th consecutive album cover artwork done by Truls Espedal — and like the album itself it is definitely on the wavelength of the long-distance pulse from the ENSLAVED generator. It is a piece of art that mirrors a massive concept and a band that is also more lyrically and philosophically inspired than ever before. That Truls is a master of his art is established a long time ago, but he has truly outdone himself on this interpretation of our Utgard. Just looking at how the colors and techniques are used to create the depth and grandiosity of the horizon. The perfect travelling companion into these uncharted territories.”

Utgard was tracked at Duper Studio and drummer Iver Sandøy’s Solslottet Studio, both in Bergen, and mixed at Fascination Street in Örebro, Sweden.

Enslaved first announced that they were working on a new album in December. In a post made to the band’s Instagram, guitarist Ivar Bjørnson wrote:

“The new material I feel is very powerful. The Enslaved signature is there, but there is a wild drive and a level of energy that makes me extremely excited. All five members have poured their dedication and souls into the preparations, and there are new sides to the band shown that will elevate this album.”

Utgard is the follow-up to 2017’s E.’This will be the band’s first album with Sandøy on drums. 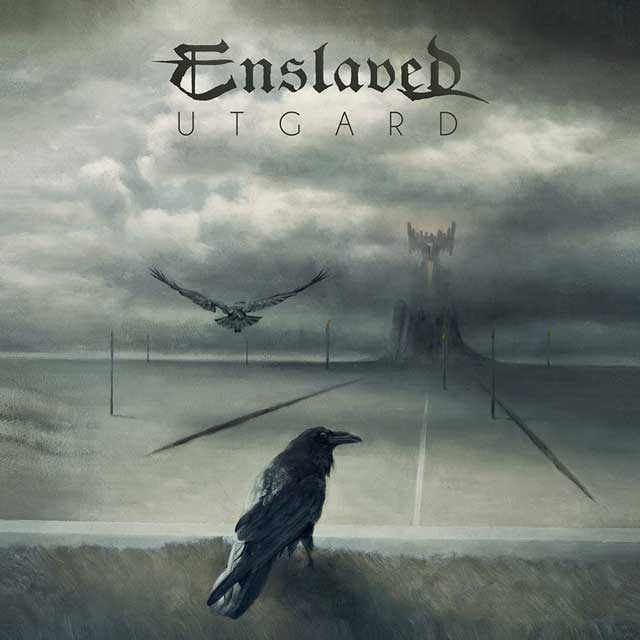