2019 looks like an exciting year filled with tours and new releases, and we haven’t reached the halfway point. Speaking of new albums, Norwegian legends Darkthrone have announced their new record Old Star will be released on May 31st via Peaceville Records. The follow-up to 2016’s Arctic Thunder was recorded at the group’s Necrohell 2 Studios as vocalist/guitarist Nocturno Culto also worked on the engineering and production while mixed by Sanford Parker (Voivod) at Hypercube Studios and mastered by Jack Control at Enormous Door.

“Old star – again we are here with THE RIFFS! A while after our previous ARCTIC THUNDER album it became apparent that we would continue in that same style, BLACK OLD HEAVY METAL with slow thrash, classic doom and slow death metal.

As many have focussed on the 70s sound over the last 20 years, the mix on our new album has ended up being more 80s than ever. The songs are more metal than ever! Ted’s songs have alot of black metal in them, faster and slower but also doomier parts and reocurring parts. My songs are more linear written, it’s an ancient 80s underground trick, with breaks, all slow heavy or slow thrash, classic doom or slow death.

All in all it is our most 80s album so far and our most metal one to date with drum sound typical for the 80s USA/German market and damned lyrics, which are all written by me. We feel that OLD STAR is the big brother of ARCTIC THUNDER. More solid and with even better riffs.”

Check out the track list below and pre-order the album here: 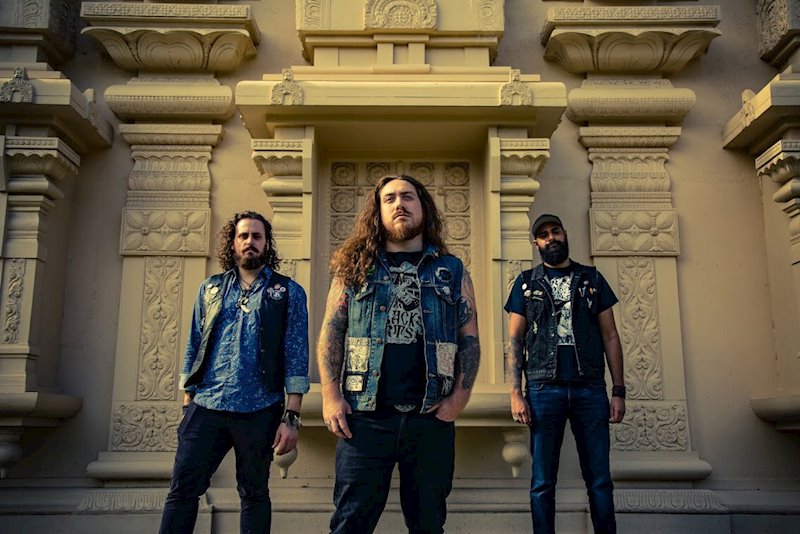