Bloodbath’s fifth full-length album The Arrow of Satan Is Drawn will be released on October 26th via Peaceville. The follow-up to 2014’s Grand Morbid Funeral was recorded by the group and Karl Daniel Liden at Ghost Ward, City of Glass and Tri-Lamb Studios.

“What are we presenting with this album? Humanity’s unfaltering march prone towards downfall. The threat to this world isn’t from far beyond the sun, the enemy is right here, within the walls. Only the god of emptiness will survive us all. The arrow of Satan is drawn!”

There’s no mitigating circumstances coming your way any time soon… The world is a mad place full of darkness, horror, disease and terror! Hell on Earth is real and not just limited to fiction. The dark ages transcend all frontiers, ever present but yet unseen.”

“It wasn’t deliberately planned to be just British guests, but as it randomly turned out that way, it became a really cool feat!. Nick [Holmes], Jeff, Karl and John are all legends respectively within the UK death metal scene and we’re proud to bring them all together on our little old school soiree to tribute the days of old.”

Check out the tracklist below and pre-order the record here. 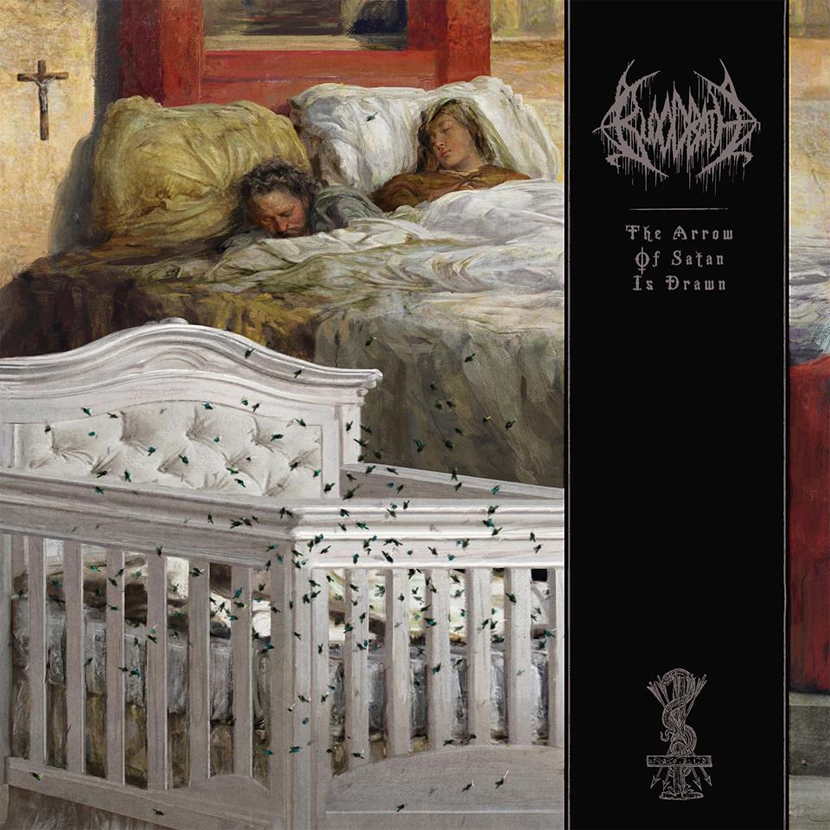