Arrrrrrr! It’s been three years since Scottish Pirates Alestorm released Sunset on the Golden Age and now the time has arrived for their fifth studio album No Grave But the Sea. We can take out our eye patch and stretch out our sea legs in hopes that this album will shiver our timbers! Aye! The album release date is sooner than expected, just in time for the summer and we are blimey excited to see it out on May 26 via Napalm Records.

The band commented about the album:

“Oh wow! It’s a new Alestorm album! I hope all of you fellow humans & dogs like it; we think it’s pretty gosh darn ok! It’s also our first album to feature our grandiose guitarist Máté Bodor who brings his tasty & delicious solos and rifftacular riffing into the mix. This is the place in the press release where we would usually tell you this album is darker and heavier than our previous works, but that’s probably not true. It is, however, full of epic songs about pirates, drinking, and pseudoscientific cryptogeography. I’m sure y’all will enjoy those things just as much as we do.”

Check out the tracklist:

Aye! Pre-orders are available here and there doesn’t seem to be any code of conduct.

Guzzle some rum down and feel free to crack Jenny’s teacup when you finally get a hold of your very own copy!

Tags: Alestorm, No Grave But The Sea 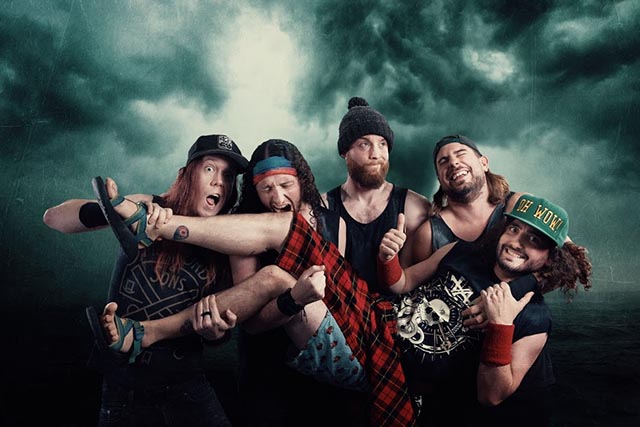