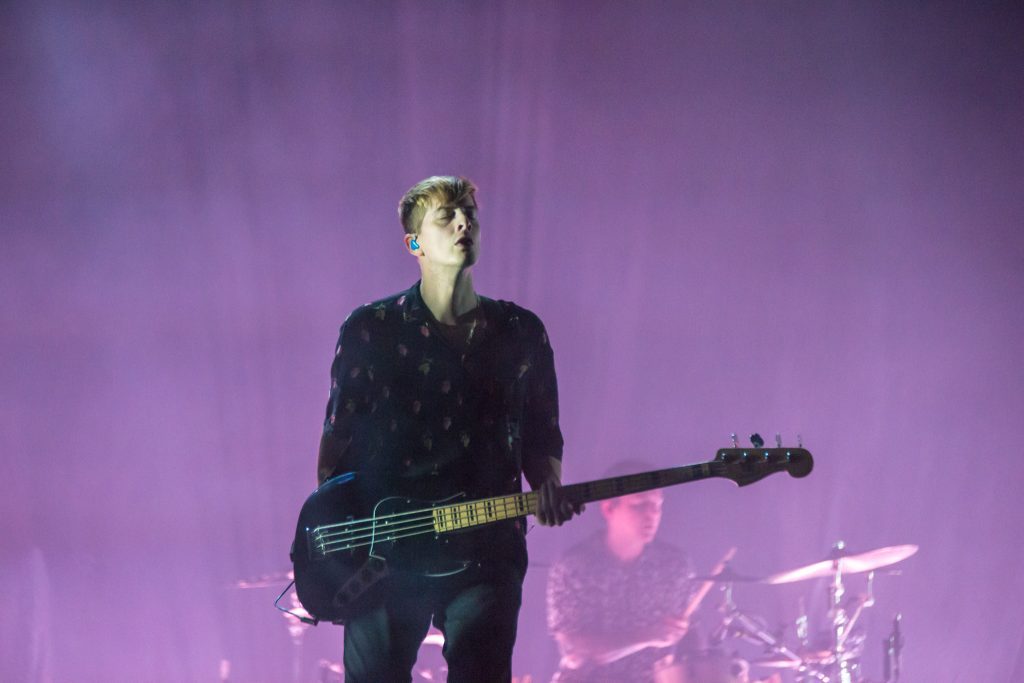 Last Monday (4th), Bring Me The Horizon brought their First Love World Tour to Detroit, Michigan. Originally slated at a smaller venue but tickets sold so quick it was upgraded to the much larger Fillmore Detroit, to only sell out again. With the crowd lining the streets of downtown for over an hour before the doors opened, fans were excited to not only see headliner Bring Me The Horizon, but Thrice, and newcomers FEVER 333 as well.

I’ve personally witnessed the madness that is Fever 333 before tonight. Having seen lead singer Jason Butler rip down banners, duct tape people together, and even kick a mirror off a truck, I was pumped to see what he would do inside the newly restored Fillmore.

Walking onstage with a black hood over his head, a playback of a KKK hate speech mixed with other news worthy speeches over the speaker system, Jason raised a fist in the air, and waited. Once the band, guitarist Stephen Harrison and drummer Aric Improta joined him onstage, he ripped the hood off, they laid into hit single “Burn It” and chaos ensued.

Jason is usually highly interactive with his audience, and tonight was no different. He almost immediately started working his way through the packed standing room only floor, while kicking into more songs off their new full-length album. “We’re Coming In” found him making his way to a bar at the back of the main floor, and from there, literally climbing the walls up to the box seats. While in the rafters, they performed “Made In America” all while working his way through the box seats in the mezzanine. At the end, he jokingly asked the crowd “now that I’m up here, how the hell do I get back down?”

Through their 8-song set,  Jason had a beatbox vs drum solo with fellow bandmate Aric, and guitarist Stephen, walked around aimlessly, even going up to a balcony level and playing as well. 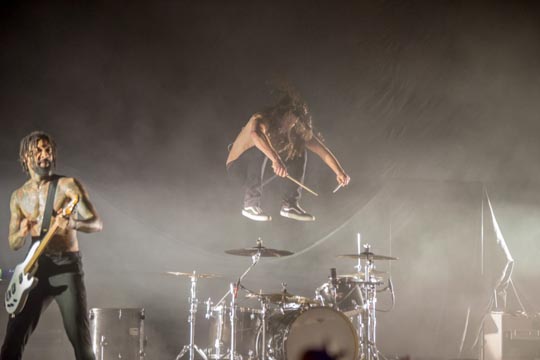 Playing mainly newer material, Thrice ran through an 11-song set that covered most of their known work. The lighting from a fan perspective, was precise and went well with the music, but didn’t allow for much photography. Mainly lower lit, with back and side lights highlighting each member of the band at specific times, gave their set a greater visual appearance.

Fans in the main floor standing area, moshed, crowd surfed, and sang along with their personal favorites, with lead singer Dustin Kensrue only addressing the crowd once or twice stating the name of the band and thanking Bring Me The Horizon for having them out on tour. 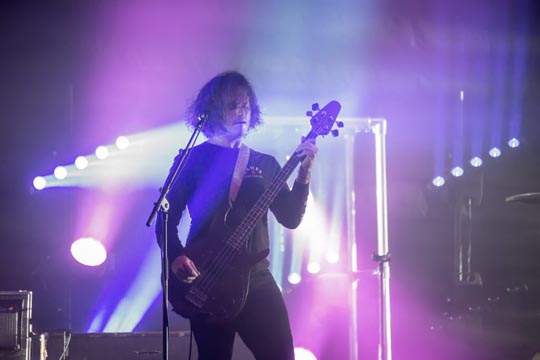 Bring Me The Horizon

By the time, the house lights dimmed for Oli Sykes and the rest of the boys from Sheffield, the crowd was pumped and ready to go.

But, in a twist not normally seen, Oli walked out on stage to nothing but a spotlight from above, and launched right into ballad “I Apologise If You Feel Something” off their newest album Amo. With such a somber and slow start, it was no surprise when it was immediately followed by Grammy-nominated “Mantra,”which tossed the crowd into a raging frenzy.

Over the next hour and a half, Bring Me The Horizon played 16 songs, off their latest three albums, allowing the crowd to sing along to songs like “Sleepwalking” and “Happy Song.” Fans moshed their hearts out to the heavy riffed filled “The House Of Wolves” and “Wonderful Life”.

Taking moments to speak with the crowd, Oli asked how Detroit was doing, thanked them for coming out to see them on such a cold night, and even apologized for being sick. Without him saying anything, I would never have guessed he wasn’t 100 percent, because he rolled through songs with ease like a pro.

Before leaving the stage, they played an acoustic version of “Drown” that sees the crowd do almost all of the main vocals and Oli just taking it all in.

After a short pause and chants of an encore from the crowd, Bring Me The Horizon returned to the stage with “Doomed” and ended with one of their largest singles off That’s The Spirit, “Throne”. It was at this point they left it all on the stage, blowing off smoke cannons, and shooting confetti throughout the entire venue. 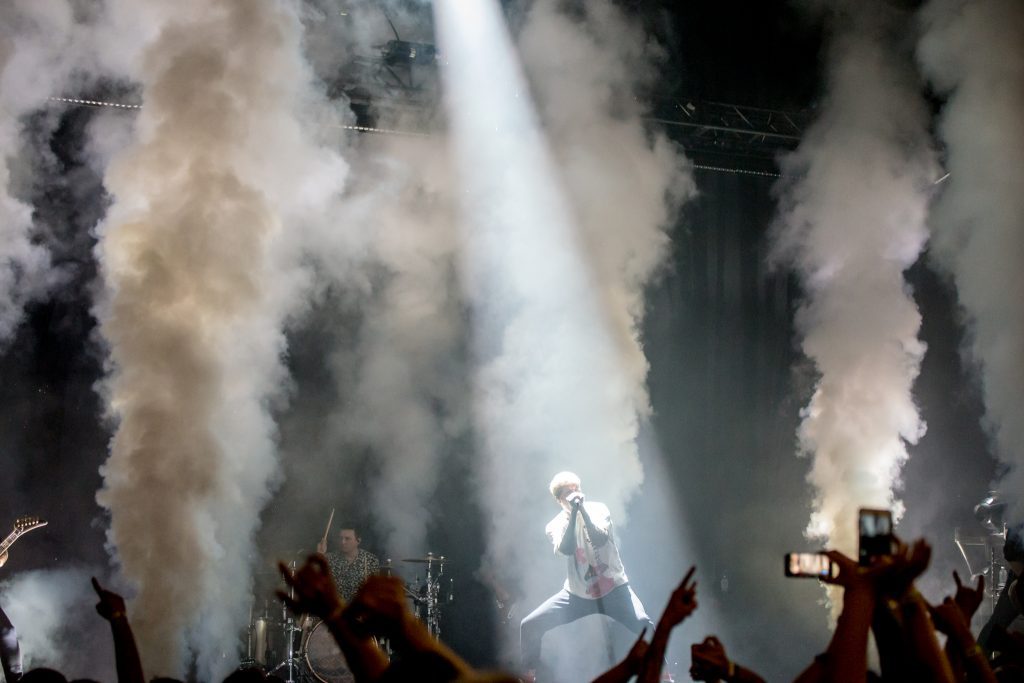 FEVER 333 put on an amazing show on their own, and for anyone who is on the fence about seeing them live, are worth the money paid to enter the venue alone. Thrice is straight up rock, from beginning of set to end, with not a second spared in useless conversation. And, Bring Me The Horizon ends the night with the biggest party you can attend inside a venue, having everything from moshable heavy metal, to poppy sing alongs.

Tags: Bring Me the Horizon, Fever 333, The Fillmore Detroit, Thrice