While we had our laughs with Gene Simmons’ Jeopardy! Appearance and Maynard James Keenan dressed as Beetlejuice on Halloween, GWAR was celebrating GWARoween PT II The Bloodening at New York City’s Irving Plaza. This time around, no one was safe as the venue turned into a room filled with fictitious bloodshed and the fans loved it. Photographer Wes Orshoski was there to capture the magical horror.

Check out the gallery below: 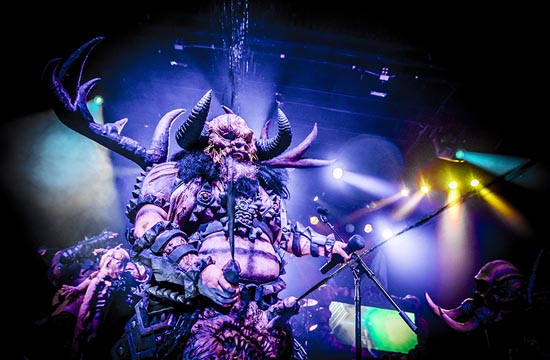 Womb With a View

I’ll Be Your Monster

Crushed by the Cross

The Sordid Soliloquy of Sawborg Destructo

Beat You to Death