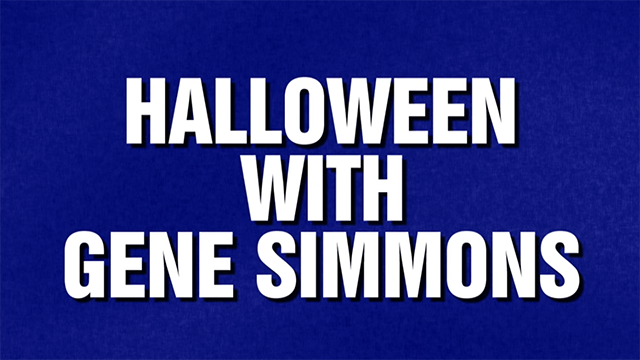 KISS vocalist/bassist Gene Simmons decided to participate on a segment from last night’s Jeopardy! The legend was there to give the three contestants a few clues during the game show. Earlier that day, Jeopardy! host, Alex Trebek teamed up with Simmons for the promo shoot as he decided to dress up as Simmons.

Check out the recap below:

Earlier this week, KISS were the musical guests on The Tonight Show Starring Jimmy Fallon. The icons have returned to the television and this time, they were featured on last night’s episode of The Late Late Show With James Corden to perform the song “Shout It Out Loud.”

Watch their performance below: