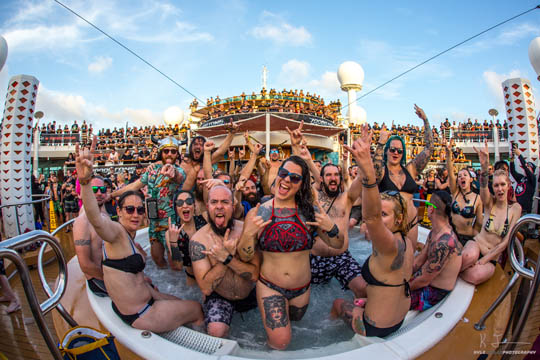 70,000 Tons of Metal 2020 is an absurd experience. It takes two concepts: metal music along with the black shirt attire, bombastic-fueled ridden, and passionate fans set sail on the luxury Royal Caribbean cruise line. A metal show, along with such extravagance, is typically the antithesis of metal (show tunes and suit jackets in the dining hall!). Somehow this combination is placed together, resulting in an impressive effect! This year’s journey started in Fort Lauderdale, Florida, and took 3,000 metalheads to Cozumel, Mexico, and back on January 7 – 11, 2020. One must experience “the boat” in-person to see just how well the combination of a Caribbean cruise and the glory of metal can work, but here, we’ll be giving a rundown of our top 10 sets we enjoyed the most aboard this year’s cruise.

Catching a Haggard show is one of those things that 70,000 Tons of Metal can make happen for an American. Bands such as theirs would never tour the US due to the logistical nightmare of having to move so many members around the country, let alone the other hurdles involved in making such a tour a success. Therefore, being able to witness their fantastic take on symphonic metal – with live violin, cello, and flute bringing another layer of impressiveness to their performance under the sun on Day two of this year’s cruise. 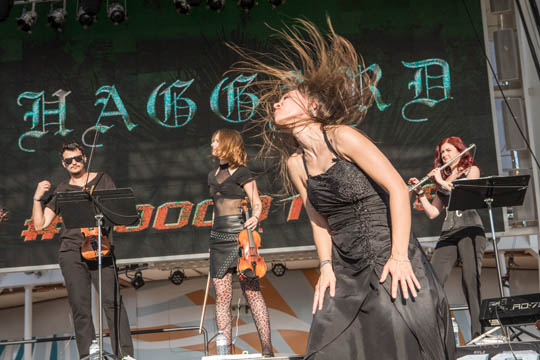 Sweden has produced its fair share of fantastic (and dare I say it – endearingly cheesy) power metal bands: Sabaton, Twilight Force, and Dragonland, just to name a few. Bloodbound is no exception to the rule – they delivered two energetic sets in the theater and in Studio B that had the crowd in their hands, invisible orange-grasping hands, that is! The world might be a substantially better place if everyone was as enthusiastic about the things they enjoy as the audience, comprised of so many power metal warriors, was about Bloodbound’s presence. 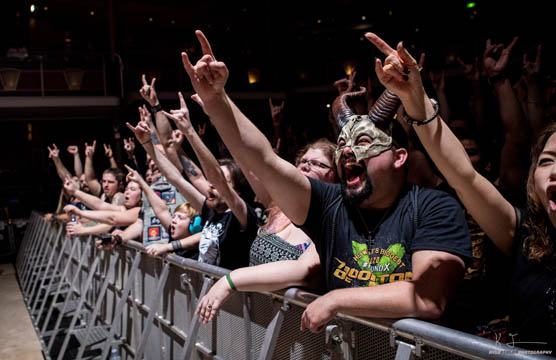 Trollfest’s presence aboard 70,000 Tons of Metal is always sure to bring the hijinks, and this includes their most recent edition. These Norwegian folk metallers upgraded to a prime timeslot, which was much different than their 2017 appearance (Royal Theater & Ice Rink, late at night). This time around, the group had the privilege to open the pool deck, which provided plenty of room for the crown jewel of their performance: the world’s largest conga line! 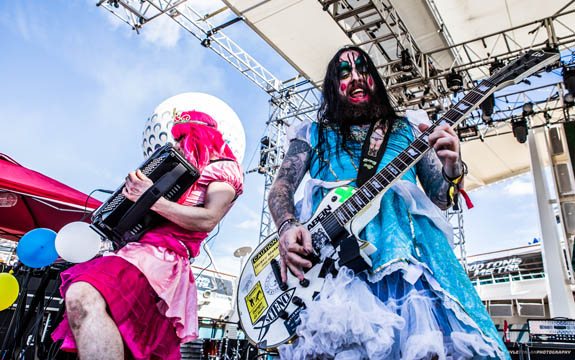 Any survivor of 70,000 Tons of Metal will tell you; the Star Lounge is not exactly the largest venue by any measure. Think of the smallest metal club you’ve been in, and you have the right idea. But, that doesn’t preclude there being intense performances. When The Agonist delivered their second set on the final night of the cruise, the crowd seemed to realize that the onset of the drudgery of reality was close, and thus, it was time to dispatch with any energy left! Crowdsurfing in the Lounge must be somewhat fraught, with a light fixture mounted on the low ceiling providing an obstacle to surmount, but crowdsurf, they did! 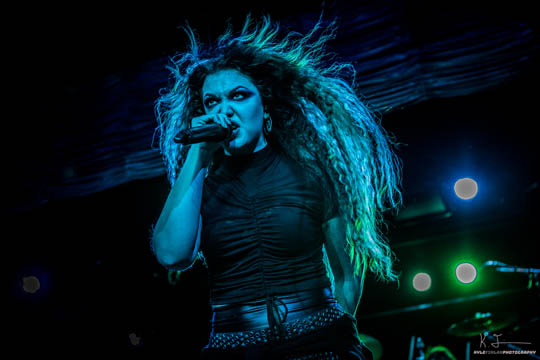 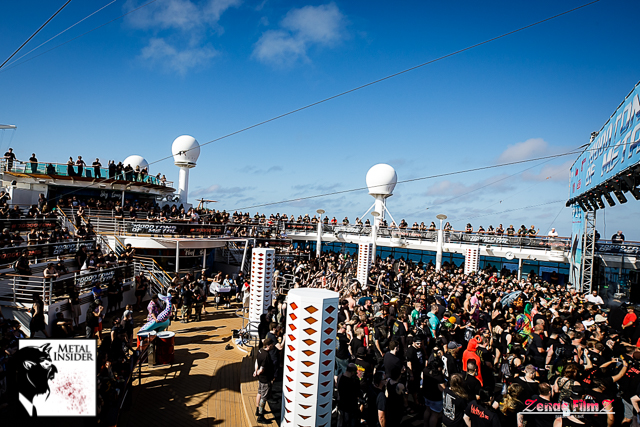