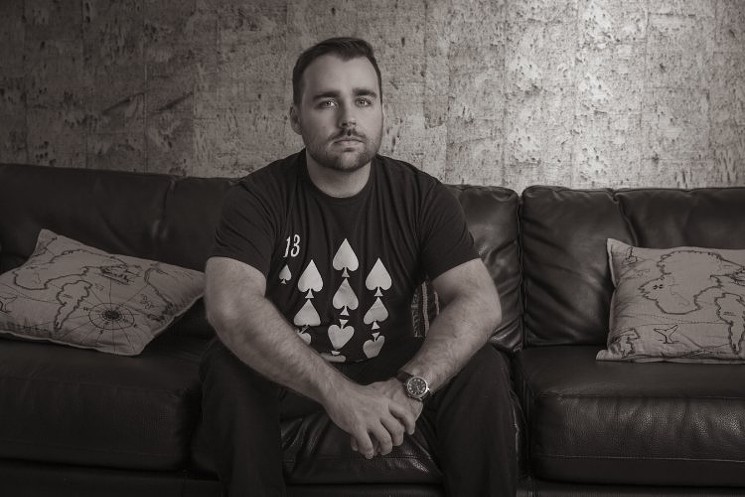 Sumerian founder and CEO Ash Avildsen was a recent guest on Jamey Jasta’s The Jasta Show. The two talked about the music business and Avildsen delved into his time working with Periphery on Sumerian. During their chat, Jasta brought up and questioned a recent article featuring Periphery guitarist Misha Mansoor discussing how his earnings from Periphery aren’t enough to support himself. Avildsen then stressed that he loves the band and the members but revealed the band is their own worst enemy and were reluctant to receive his advice. He also mentioned how the group seemed to get “too precious for their hits” when they were hesitant to play “Jet Packs Was Yes!” on their mainstream tour with Deftones.

Avildsen: Periphery specifically they’re incredibly talented and I love the band to death and we’ve had great success together but they are their own worst enemy. They get in their own way.

Jasta: Are they spending too much?

Avildsen: No, it’s the too “precious” thing. That band, they have a song called “Jet Packs Was Yes” which is a hop-skip and a jump away from being a massive hit….I would talk to Misha about this and I would go “Dude your band should be so big. I know you can get the kid in the front row that is air guitaring that knows the riffs in and out. They know the drum kit from hell that you’re using they know every little spec but how do you get the guy that’s in the back of the arena that’s got the nosebleeds seat to still feel that connection from your music when you’re on stage”. Dude we went through this–they were doing the Deftones tour and I was like “Guys this is a mainstream tour. You need to play ‘Jet Packs Was Yes’ You gotta connect with these people” and they didn’t want to do it. I finally convinced them to do it and they’re like “oh man this song is going over great” and it was like yeah, and you wrote it. It’s like these bands that get too precious for their own hits.

Even though Periphery does well on tour and from royalties, Avildsen believes that the band needs to increase ticket sales and have more streams in order to have the money they want to have however, the band is reluctant to do so. He also believes that Periphery could be an arena band due to the depth of talent they possess but “they only write for themselves”

With Periphery, if they–Look they could tour more, there’s other things they can do to make money. I write them nice six figure checks–er, sorry I take that back, I write them “nice” checks every six months from their royalties and they make good money on the road and they reinvest in themselves and they have side hustles. The drummer does the teacher, everyone is hustling their shit but fundamentally they need to have bigger streams and bigger ticket sales to really have the money they want to have. They could but they don’t want to go…I look at a band like Tool or A Perfect Circle. You think anyone is worried about their cred? They don’t conform to some verse-chorus plug-in play format. They are incredibly artistic, they’re incredibly creative and they still know, yeah we have some singles, right? Periphery could be an arena band. They have the…Spencer has a voice, he can sing it, they did a great cover of Florence and The Machine, which really shows the depth of them if they did want to write songs that could get on radio and big playlists but they only write for themselves, period. Most artists will say that, “I’m just playing music for myself” and what I say to that is, you can do that at home, but then don’t worry about making that a living.

When talking about his relationship with guitarist Misha, he stated that Misha will always be skeptical of his advice and will always look at him as the “label guy”. He also revealed that Periphery plans to self-release their next record and expresses his concern about the band leaving the Sumerian.

It doesn’t matter because it’s coming from me and no matter what I’m the label guy. To Misha I always be, oh that’s Ash, he’s Hollywood, he’s the label guy, he doesn’t get it the way I get it. And Misha doesn’t get it the way I get it. We can disagree to disagree. I’m comfortable saying that. I wish them the best, like they’re going to self-release their next record, at least that’s what they told me. I don’t think this is me in the Whiskey backstage with animosity, I’m telling you right now on the podcast, Misha, I love all you guys, unless you write bonafide fucking hits and you’re rolling to radio, I don’t believe your new record will sell more than what you’ve done on Sumerian because I have pride in what we do and I know the value we bring to any band especially a band like that, with everything we do to promote and market and creative…

Throughout the conversation, Avildsen stresses that he loves the band and the members and none of this is meant to be an insult. Periphery did wonders for Sumerian and the founder stresses the pride he has on the project. Avildsen further divulged that originally the band did not want the hit “Icarus Lives!” on the first record and the label had to fight tooth and nail to finally get it on the album. He also talks about what initially sparked the idea for Alpha and Omega.

Misha I love you to death brother you’re a super star but you get in your own way. You should be making–if I could play guitar like Misha and I had a singer like Spencer… Again, Periphery was an instrumental band in helping grow Sumerian and I’m so proud, so none of this is meant as a diss to them. They are incredible but this is me being candid record label guy talking about an artist I love who is very hard to A&R because they don’t want to hear it from anyone.

Going back to Periphery because I have a lot of pride in that project. This is an example of how Sumerian helped change things for the better for them. The first record, “Icarus Lives!” which is the biggest song in the record, they didn’t want to put it on the album. They said it was an old song but I said no it’s old to you guys. It’s not old to everyone else that’s going to discover your band when we help get you on tours and do music videos and promote you and market you, publicity and all this stuff. I remember I was sitting there with Misha and I think the guitar player’s name was Alex, he’s not in the band anymore but we were at Islands and we’re eating fucking cheddar fries and I’m like dude, we gotta put the song on their and they finally said okay we’re going to put it on. And now that’s one of their fan favorite song. Have the record label not fought tooth and nail that song may have never gotten the love and respect it deserves because it wouldn’t have had the exposure, which again goes back to why you want to be on a record label. Again, I believe if you have the right songs there’s plenty of money to go around for everyone. It’s all about can it go the distance? Can you get all these different people to listen to it. Same thing when they did “Alpha” and “Omega”. They turned in all this music and I’m like guys, this is so much, people have short attention spans. Break this up, use your illusion one and two. I didn’t invent the idea, I’m just telling you it’s a great idea because you have all these great songs and it’s a concept record, you can do all these things. Your fans are going to love it. Split it up into two experiences. Me and the manager at the time, Mike Mowery, dude this is going to be either the most tough conversations or they are just going to…we both thought they were going to be “yeah, shut up. Fucking labels, stupid idea. Can we get off the phone now?” We thought Periphery was going to totally disregard it. To their credit, they looked at it objectively and they’re like, you know what, that’s an interesting idea, let us discuss. They talked and that creatively works for them because they could make it “Alpha” and “Omega” and they have the artworks and these things. They did a brilliant layout for it. Spencer had an awesome storytelling concept for the records and they split it up and the scans between the two are almost identical. So, going back to what you’re saying about the 3% of the fans or whatever, if you feed them enough quality stuff they’ll eat it up, it just gotta be good. “Alpha” and “Omega” was 70+ minutes of great fucking music so their fans appreciated it.

The whole conversation on Periphery and the business behind the music is really eye opening. It is very clear that Avildsen cares a lot about Periphery and the band members but just feels the band has not reached their full potential. With Periphery self-releasing their next album, it will be interesting to see the overall outcome. It seems Avildsen contributed a lot to Periphery’s success and with him no longer in the picture, the next Periphery album could be step away from their previous efforts.

Check out the full episode below: 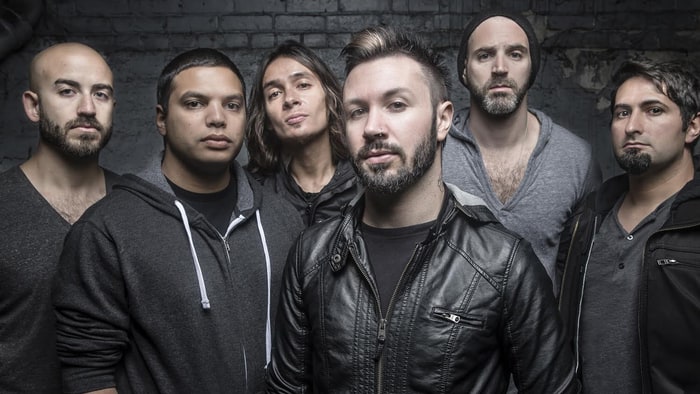 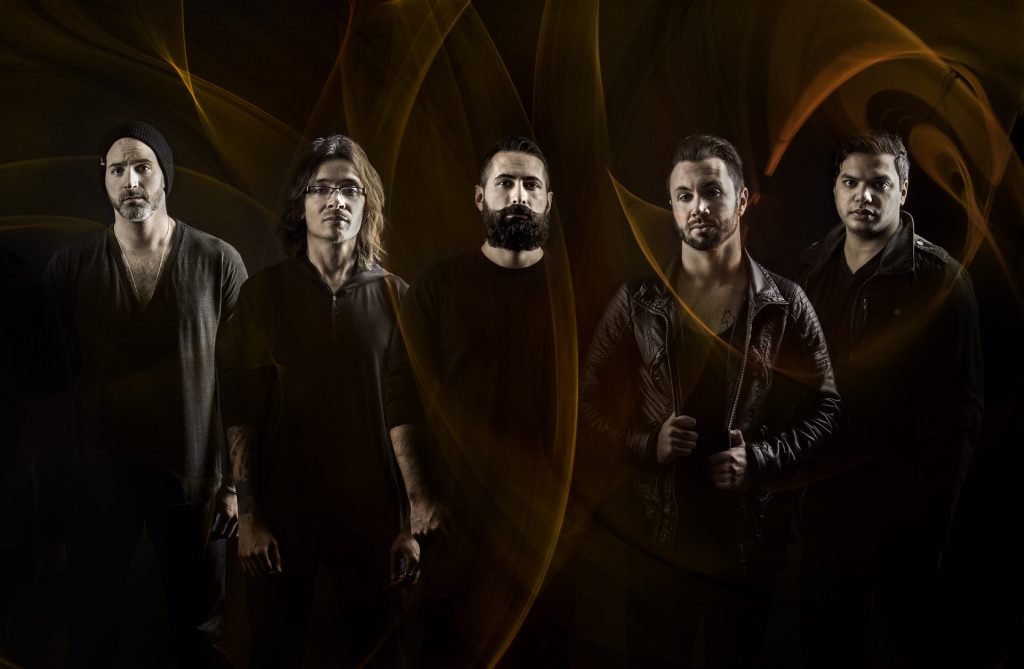