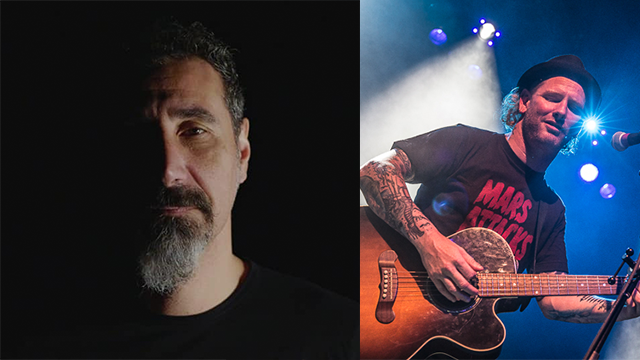 Earlier this morning (15th), we woke up to the disturbing news to find forty-nine people have been killed and over 40 wounded in New Zealand’s terrorist attack at two mosques in Christchurch. These shootings have been documented as the nation’s deadliest attack as we are devastated about what happened. There have been constant updates on this story throughout the day including a gunman who identified himself as a 28-year-old Australian called Brenton Tarrant, who allegedly live-streamed the mass shooting at Al Noor mosque via Facebook live.

The shooter addressed his hateful beliefs on racism, anti-immigrant views and allegedly intended to spark a civil war in the U.S. The suspect published a document spanning over 70 pages to outline his insane intentions. Australian Prime Minister Scott Morrison has described him as an “extremist, right-wing” terrorist.

As our stomachs continue to turn in disbelief, System of a Down’s Serj Tankian and Slipknot/Stone Sour’s Corey Taylor responded to the unspeakable heinous act, and you can read their reactions below:

“I feel heartbroken and depressed seeing this type of hatred and violence brought to NZ’s beautiful shores. I consider this an affront to the tolerance and respect this country has always stood for. NZ may not be perfect but it is one of the most perfect places on this planet and we’re not gonna let that change.”

“Woke up to the news about New Zealand. I’m devastated. My heart goes out to everyone affected. How can I help? Are there blood drive links? Please let me know.”

Woke up to the news about New Zealand. I’m devastated. My heart goes out to everyone affected. How can I help? Are there blood drive links? Please let me know.

To find out more about what’s happening, check out  CNN or The Guardian as both are sharing live updates.