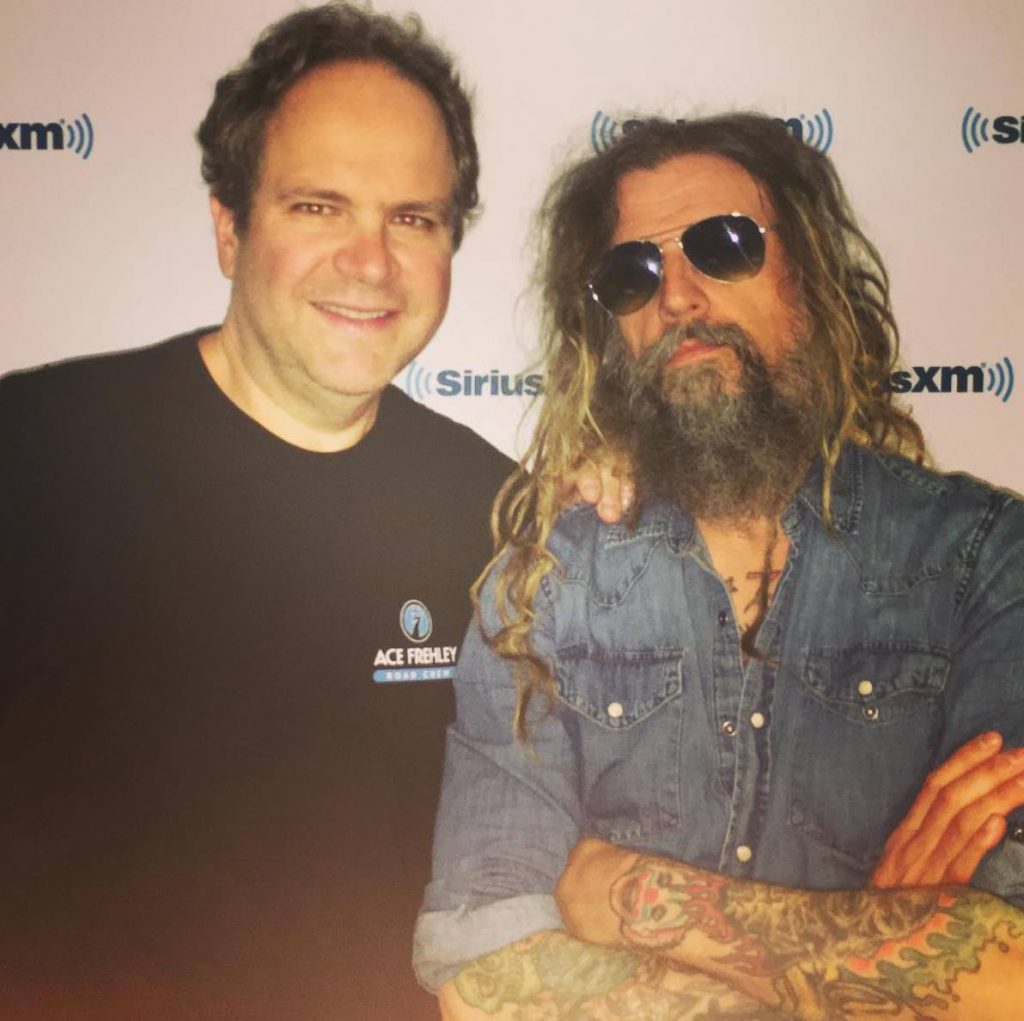 “We basically more or less finished the record before I started the movie. We haven’t mixed it yet and we haven’t put the final touches on it, but it’s pretty far along… We’re actually gonna start mixing the record in June, just before the tour starts, hopefully finish it — I don’t know if I will — go on tour, come back, then [edit] the movie.”

“I think people that think it isn’t important have lost the idea of why they’re in a band in the first place. For us, in a funny way, it seems like nothing ever changes Thirty years later, here we are, in some crappy rehearsal space that’s too loud, going deaf, playing music… We never change anything. We don’t decorate our dressing rooms; we just want it to be the same. If you looked at us in a dressing room ten years ago, twenty years ago, it never changes. ‘Cause there’s something about remembering why you’re doing it. We have one bus, we all jam together, we don’t separate, we all stay in the same dressing room, we all eat together. It’s a band, and we do everything like a band. And making a record is important, I think, because we try as hard as we can with every record to make a great record; that’s what we do. Is it like the days where you could sell three million and it’s on MTV every five minutes? No. But it’s different too. At the same time, you go, ‘Okay, well, a couple of million people watched this on YouTube.’ None of these old records got spun a million times on MTV. It’s just how you approach it.”

“On the last record, we made more videos than we’ve ever made for any record, we promoted it heavier, and the new songs connect in the set just as good as the old songs; people don’t leave. But at the same time, maybe people that have been fans for 30 years go, ‘Ah, I don’t know the new songs,’ but the front row that look like they’re about 14 know the new songs. So, to me, it’s, like, you just have to keep trying to reinvigorate your fanbase. You don’t wanna go just shit out some record [and go] ‘Oh, nobody cares.’ They’re only gonna care as much as you care, I believe. And if it looks like we put a lot of work into everything and we care and we promote it, people get onboard. It always works. I mean, our set is filled with songs from every single record and they all seem to work just as good. But you have to slowly introduce ’em, get people onboard, like anything else. Because, of course, someone’s not gonna like a new song as much as some song they’ve been listening to for 25 years.

I feel so many bands just throw their hands up in the air and go, ‘It’s not worth it anymore.’ Well, it could be, if you changed your attitude and went in and felt like, ‘Let’s make the greatest record humanly possible.’ I don’t understand why artists have to decide, oh, their best days are always behind them. It’s always behind them. It’s how they always talk. Or they can blame everything — they blame the Internet, they blame the crowd, they blame this. In the ’80s, everyone blamed MTV. I remember hearing all the guys [saying], ‘Oh, man. We don’t wanna make videos. We’re not video stars.’ And it was, like, ‘Jesus Christ, man. Just do your thing and stop crying.'”