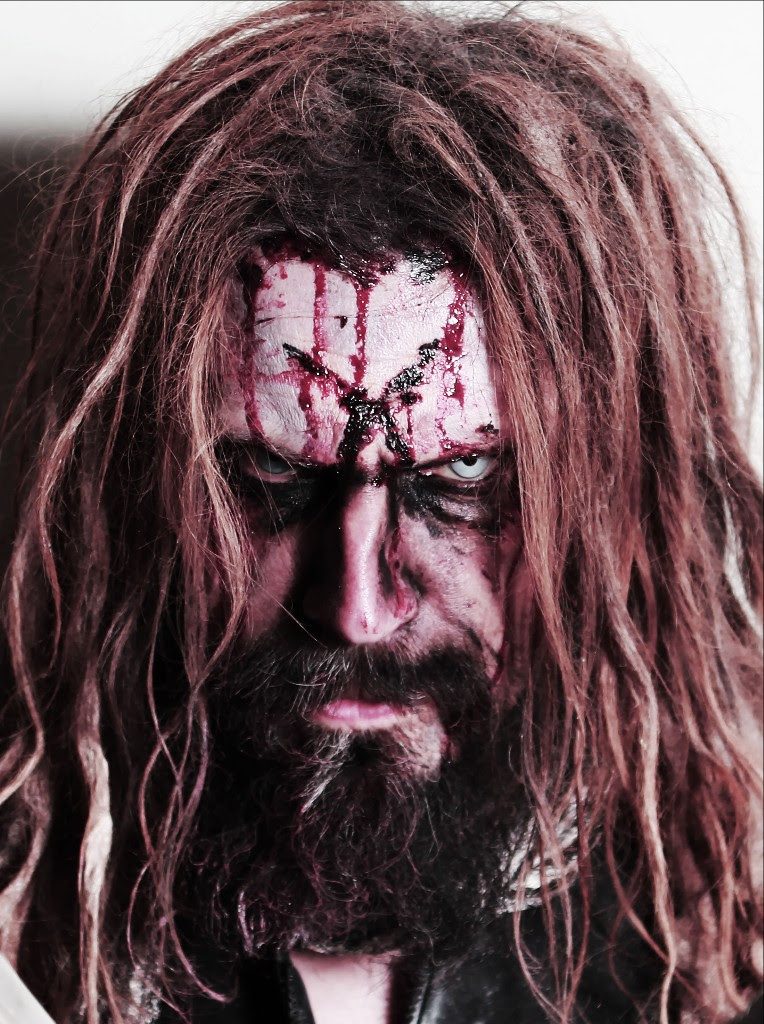 Shock rocker and horror film director Rob Zombie is the face of a new mobile ad campaign from non-profit animal protection organization Compassion Over Killing. The ads, which put the United States Department of Agriculture (USDA) on blast for their dangerous high-speed slaughter program, feature Zombie along with the quote “USDA: Stop the line speeds from hell!”

Over the last couple of years, the USDA has become laxer about the speeds at which they have been running their slaughtering machines. In 2018, a waiver was given to chicken plants that allows them to increase their speeds to 175 birds per minute (approximately three birds every second) with a rumor that it could become a permanent rule. Last month, a similar rule was finalized by the government agency regarding pig slaughter plants, allowing them to run their machines at whatever speed they choose. Compassion Over Killing ran a petition at the time opposing the rule that racked up more than a quarter of a million signatures, though it went ignored by the USDA.

The campaign seeks to make both the public and the USDA aware of the dangers these “reckless” practices, as well as what goes on behind closed doors of the slaughter plants. Recently, the organization investigated the Amick Farms chicken slaughterhouse and found that the animals were frequently tortured before being put on the lines. When the lines were down, animals were subjected to slow drowning deaths in electrified stunning baths. In a separate investigation by Scott David (the author of the before-mentioned petition), he found that the Hormel plant was averaging 1300 pigs an hour (approximately one pig every five seconds), as well as abusing animals in an effort to keep up with line speeds. He also found that animals were being slaughtered in unsanitary and unhealthful conditions, sometimes covered in feces and pus-filled abscesses. These practices also harm workers, as machines at such high speeds cause frequent severe injuries, including amputations.

“While the USDA frames high-speed slaughter as ‘modernization’ of the meat industry, you’d have to be a zombie to miss that it’s a horrifying step backwards endangering animals, workers, and consumers.”

The ads are being geo-targeted to the Washington D.C. area, where the USDA headquarters is located.

This is the second time Zombie has worked with Compassion Over Killing to combat these high-speed lines. Last Halloween, a similar ad was sent out to mobile users in the D.C. area compelling them to “keep the screams on-stage and on-screen” and telling the USDA to “end the high-speed horrors!”

Zombie has been an ethical vegetarian since 1982, as well as an avid supporter of organizations such as PETA and Fur & Feather Animal Sanctuary. “The only thing I ever really care about is animals — animal causes,” the rocker told Sumaritanmag in 2012. “I don’t really care about people that much, but animals I feel like they always need to be protected.” 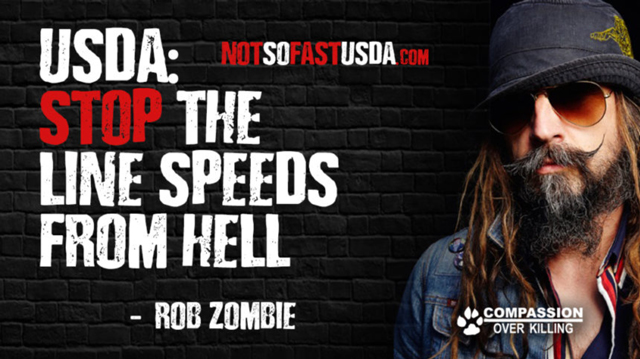 Rob Zombie has also asked fans to participate at this year’s Thanksliving Gala on November 9th at the Woodstock Farm Sanctuary.