Pig Destroyer will be playing back-to-back nights at Brooklyn’s Saint Vitus on October 25th and 26th. Originally, the band announced their Two Nights Of Terror At Metro Gallery Baltimore but now they decided New York should get some love too. The first night will feature Genocide Pact and Sunrot, and the second night they’ll be joined by Artificial Brain, Pyrrhon, and Blame God. You don’t want to miss these shows at it also marks the group’s last two performances for 2019.

In the meantime, check out their latest tracks “Cameraman” and “The Cavalry.” 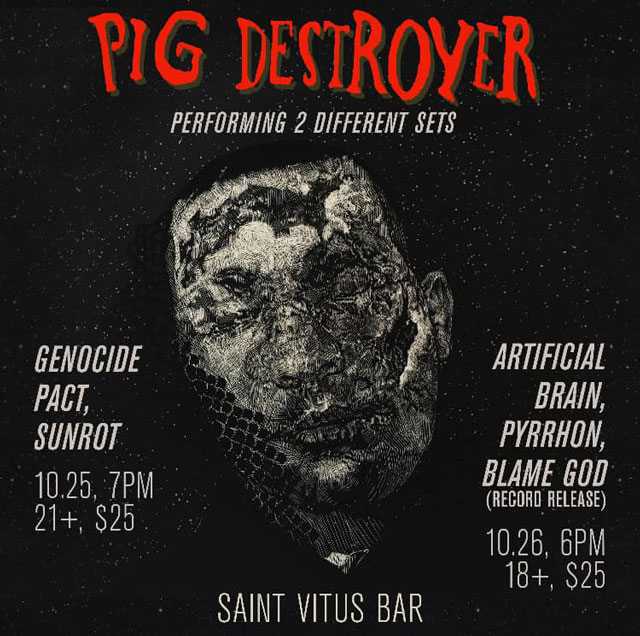