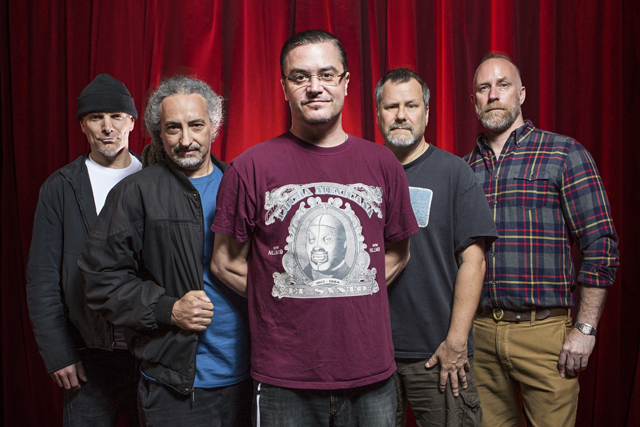 A Faith No More RPG board game was recently announced and has already blown past its $5,000 crowdfunding goal. The game is called The Real Thing.

Read the description below:

“The Real Thing is a self-contained, story-driven, pen-and-paper tabletop role-playing game (TTRPG) inspired by the music of Faith No More. Specifically, we have drawn significant story elements and inspiration from Faith No More’s album from 1989 entitled The Real Thing. It was groundbreaking at the time and remains one of the best albums ever created, in our humble opinions. More to the point, however, is the fact that many of the songs revolve around similar themes and ideas, making it a perfect album around which to craft a concept RPG.

As fans of Faith No More and their music, we have poured our whole hearts into this project. We have received official backing from the band to use their material and to present our interpretations of their content and themes in this first-ever Faith No More role-playing game. We couldn’t be more excited!

While the concept for the story is grounded in the music and words from the album of the same name, it also pulls in themes and other elements from other Faith No More titles. Song titles and lyrics from every Faith No More album are included judiciously as a gesture of fandom and respect for one of our favorite artists.

Our plan is for this to be the first of a five-part series. The subsequent releases will follow the themes from Angeldust, King for a Day Fool for a Lifetime, Album of the Year, and Sol Invictus, in that order. We anticipate, each of these zines expanding on the stories and characters presented in The Real Thing.”

Contribute to the campaign here.