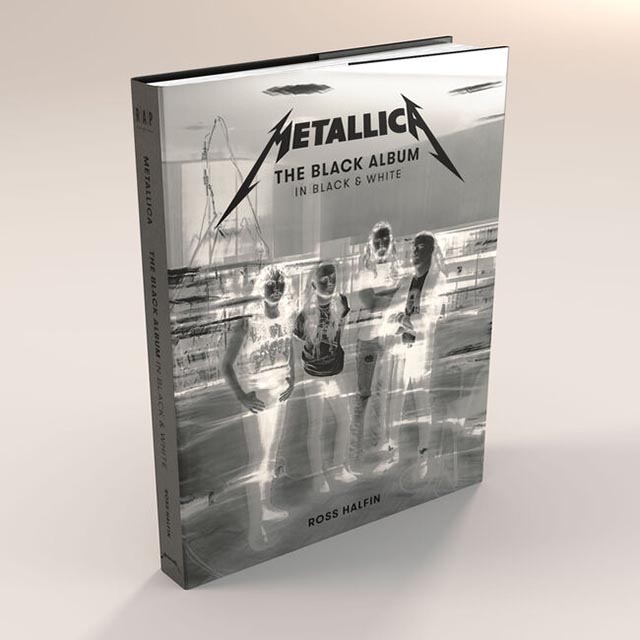 In honor of the 30th anniversary of Metallica’s breakthrough 1991 self-titled album (referred to as the “Black Album”), Reel Art Press has announced that they will be releasing a new coffee-table photo book.

Metallica: The Black Album In Black & White, set for release October 19, features photos taken by photographer Ross Halfin, who was with the band at the One On One studio as they recorded the album and shot thousands of rolls of film during the band’s 300+ date world tour behind it.

Sporting a metallic silver jacket with block-foil lettering, the book features both classic and previously unpublished photos taken between 1991 and 1993 from performances, “unique portrait sessions and candid, backstage documentary style photography, rehearsals, interviews, band meetings and travel.” It will also include introductions from Halfin and Metallica’s James Hetfield, Lars Ulrich, Kirk Hammett, Jason Newsted and Robert Trujillo (who was opening for the band with Suicidal Tendencies).

“By the time the songs and the recording were coming together,” said drummer Lars Ulrich, “the confidence level was at an all-time high and we felt better than ever about who we were and how we viewed ourselves with regards to being photographed.”

Added guitarist Kirk Hammett, “We wanted to give these songs and this album the highest profile we could give them, and Ross was ready and willing to do that. To this day, I still think he’s one of the best live concert photographers ever.”

A special version of Metallica: The Black Album In Black & White with a “6” x 9” print of the cover image on Zen 220gsm paper” will be available exclusively through Metallica’s website, as well as in the band’s Probity Merch UK/EU store, the same day. A signed, deluxe edition will be released at a later date.

News of the photo book follows on the heels of the band’s announcement of two other Metallica 30th anniversary releases. First, the band will release a remastered version of the album on September 10 via their Blackened Recordings label. That will be available in 2xLP, single CD, 3xCD expanded edition, cassette, and digital editions, as well as a deluxe box set that includes the album on double LP and CD, a “Sad But True” picture disc, three live LPs, 14 CDs and six DVDs, an MP3 download card, four tour laminates, a lanyard, three lithos, three guitar picks, a lyric folder and sheets, and a 120-page hardcover book. They are also releasing The Metallica Blacklist, a covers album featuring 53 eclectic artists putting their twist on classic Metallica tracks. Both can be preordered now. 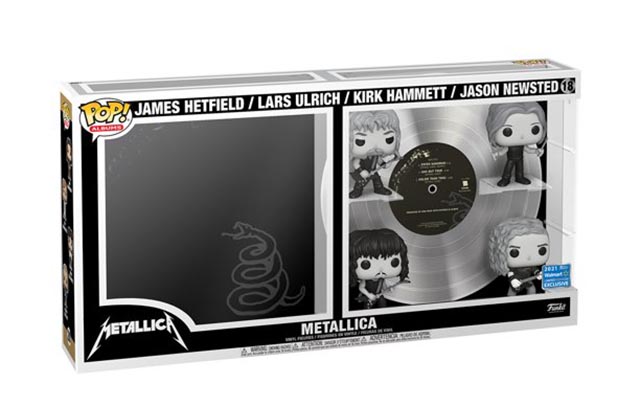