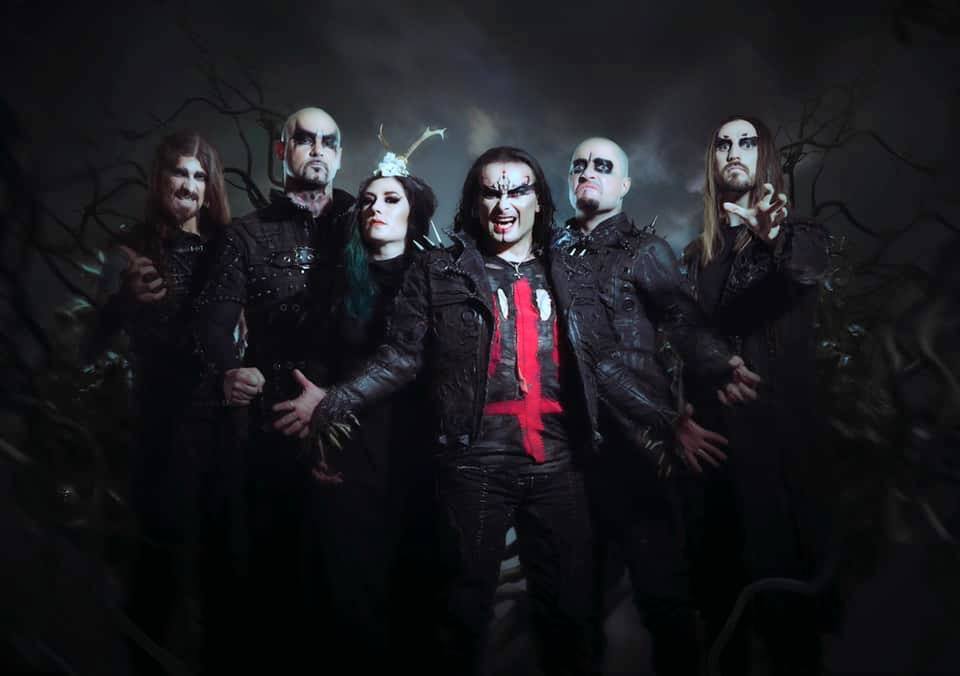 The metal fashion trend sadly continues as mainstream media such as the dailymail and hotnewhiphop has reported that the Australian rapper Iggy Azalea was spotted wearing a “shocking” and “blasphemous” T-shirt on New Year’s Eve of Cradle Of Filth. The “highly offensive” shirt in question of course is the nun with the slogan on the back stating, “Jesus is a Cunt.” The Daily Mail explicitly described the attire as:

“a topless nun performing a sex act – and you’ll never guess what it says on the back.”

With phrases like this, of course it would raise a controversy. However, Cradle of Filth themselves are amused by this as they shared the link on their page with the following comment:

“Any publicity is good publicity, right? 😂”

“’I wasn’t at all surprised to see my mate Iggy in one of our shirts, as not only has  she extremely good taste when it comes to Black Metal, but the Antipodean rapper and I have been preparing a ‘phat as’ co-operation for some time now, we with me performing under my  alternative monicker ‘Filthy F**kin’ Fresh’.”

Similar to Kanye West’s Cradle of Filth T-shirt spotting, it isn’t clear whether Azalea is a fan of the band. However, with this new “fashion controversy” perhaps this could end the metal fashion trend as Dee Snider himself has previously expressed his distaste for it.

Back in 2015, Rolling Stone explained the story behind this controversial T-shirt as Filth explained:

During the brainstorming session for the shirt, someone – Filth says he doesn’t remember who – uttered the immortal phrase, triggering howls of mirth from the band. “We all were laughing about it, like, ‘Oh my god, that’s so anarchic – can you imagine that on a T-shirt?’ We looked at each other conspiratorially, like, ‘Shall we?’ And yeah, we did it. Even at the time, we thought, ‘Well, this is pushing the boundaries a little bit.’”

In other COF news, the group plan to record their follow up to 2017’s Cryptoriana – The Seductiveness of Decay later this year.

The group announced the following:

“This year has been an extraordinary step on the road to salvation, albeit some eighty shows later.

We have traversed the globe on the Cryptoriana world tour, firstly in Europe with our good friends Moonspell in support and sharing our travelling bomb-site with us, then In the U.S with Jinjer and Uncured, before setting our sights on penetrating Asia and Australia.

We’ve also performed in South America, Russia, the Baltic states and Israel too.

There have been some great Summer festivals and then some great Winter ones too, with some amazing times spent abroad in the company of some truly amazing people.

We also changed management companies and now reside snugly with The Oracle Management, which is run by Dez and Anahstasia Fafara, nestling alongside bands like Wednesday 13, The 69 Eyes, Combichrist and Devildriver, wiith the first few months of management seeing them make some necessary and highly significant improvements.

So a very successful period for the band, but it doesn’t stop there as next year promises to be even more productive/spectacular.

A massive new merchandising line; A duo of Cradle beers; A return to big theatrical stage production values live; A potential Cradle make-up line; A full second leg of the Cryptoriana world tour in the U.S. and Canada; Convention appearances; appearances; the Cruelty And The Beast remixed and remistressed release; Exclusive themed shows… With South America; Russia and not forgetting a packed Summer run of festivals across Europe also to transpire.

And that’s not to mention the new album we’re currently working on at the present, with Autumn being earmarked for entering the sordid depths of the recording studio.

Therefore we, as a band, wish everyone a fantastically FILTHY new year and hope it brings everything you could possibly desire…

Until we see you next,

Cradle of Filth will return to North America this Spring w/ Wednesday 13 and Raven Black. Check out the tour dates here.