If you go to any metal-themed Facebook page right now, chances are you’ll find some version of the image above. The story about model and Kim Kardashian’s half-sister Kendall Jenner wearing a Slayer shirt during Canada’s MuchMusic Video Awards is over two years old but it appears that some outlets are barely keeping up with it today.

The NY Daily News and the Daily Mail  reported that Jenner had recently appeared in court wearing the same Slayer shirt in question.  But both outlets contrast it with Gary Holt’s now-classic stage shirt that he’s been wearing for a while now. Maybe the metal scene is more aware about this appropriation than the major outlets. Jenner testified in court against an alleged stalker who is accused of following her into her gated driveway and banging on her car door window. The stalker’s actions were likely not inspired by Holt’s shirt.

What do you think? Is Jenner wearing the shirt to troll Slayer or just following in a long line of cultural appropriation among the rich and famous? Let us know what you think while picking up some relevant swag for yourself. 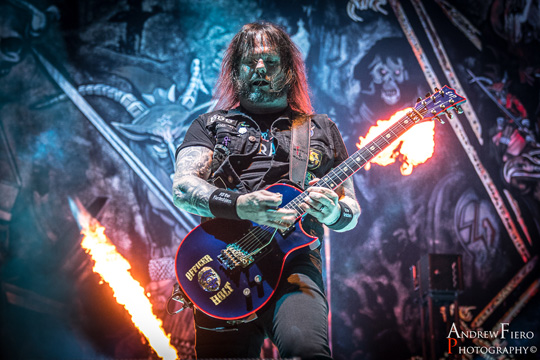