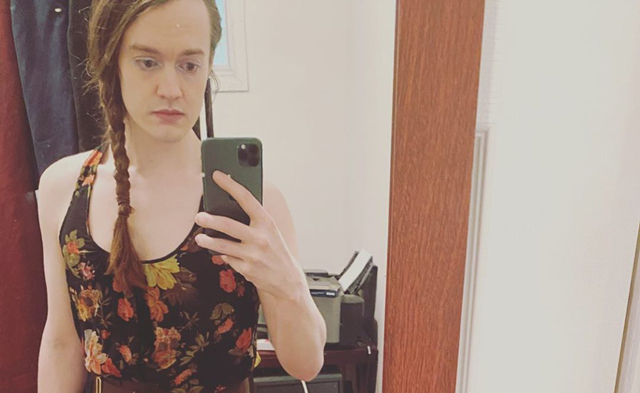 Hunter Hunt-Hendrix, frontperson of black metal band Liturgy, has come out as transgender.

Taking to the band’s and her own social media accounts, Hunt-Hendrix states:

“I am a woman. I’ve always been one. The love I have to give is a woman’s love, if only because it is mine. To varying degrees many already understand this, but I’d like to make a clear statement about my actual gender.”

Hunt-Hendrix says she kept this a secret for the band’s 15-year career out of fear.

“I could have done this before Liturgy started, but I didn’t, out of fear. I knew I was female and not male, emotionally and in my experience of my body. But I was afraid – of social rejection, romantic rejection, career rejection, rejection by my family, failure.”

However, the secrets were starting to eat at her:

“The vagueness and incongruity of my solution has afflicted me. I wish it had been different, though maybe that wasn’t possible. The feminine imbues everything I am, beyond ‘gender identity’. As a woman, I am a musician, theologian and poet and aim to model my life on the saints, to be an authentic channel for God’s love. The music and ideas I compose come from a female heart, whatever that means, and I don’t want to partially distort the transmission through an ‘effemin’ male’ mask any longer. I don’t fully understand what I mean, or why it is true, but I experience it with lived certainty, and say it with sincerity. I have no wish to efface that I am a natal male (I’m happy to be considered ‘third gender’), and I have great respect for masculinity, but I’ve never known how to participate in it, because it isn’t me.”

“This statement is essentially making itself,” she continues. “I have no choice, there is no way for me to stop it from coming out, I am simply surrendering to it. I say this as an artist in a way, but ultimately it’s about my own relationship to my emotions and my body. Through a long-developing process I’ve finally broken free from some kind of compromise I felt I needed to accept, without being fully conscious of what I was doing or able to seriously imagine an alternative for myself. It has been very emotional, and it’s over now, so I am punctuating it.”

Liturgy released their latest album, H.A.Q.Q., in November 2019 with vinyl and CD copies of the album scheduled to ship around May 29. In February, the band released a reworked version of the album’s track “Pasaqalia,” titled “Pasaqalia II.” Liturgy recently rescheduled their spring North American tour with Leya for this summer, though those dates could change with the trajectory of the pandemic.