For those who are unable to see KoRn on their current tour with Alice in Chains, next week is your chance to see their performance at the grand opening of the Battle Concert Arena. While this show doesn’t include a real-life performance, you will have a chance to explore the “most brutal mosh pit ever,” in the multiplayer video games Adventure Quest 3D and AQWorlds. The band is scheduled to hit the virtual stage on Tuesday (20th), which will be available on Steam, Apple’s App store, and Google Play.

The group has been converted to video game characters as they will perform songs from their new album The Nothing. The event is free but there are VIP packages that grant you to some perks such as KoRn branded items, a backstage pass, armor in the brutal mosh pit, the ability to transform into monsters, and more.

The virtual KoRn show will run for a month and you can check out all of the details here. 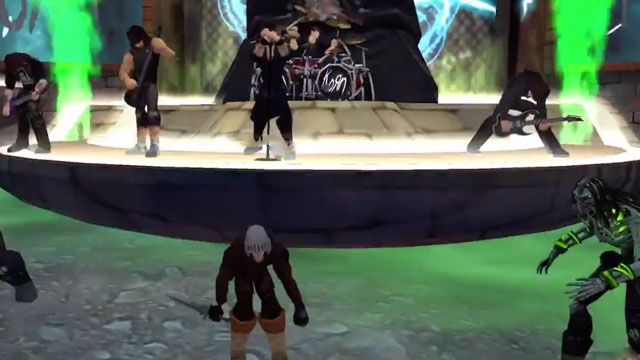